The Rare Phenomenon Of Blue Ice 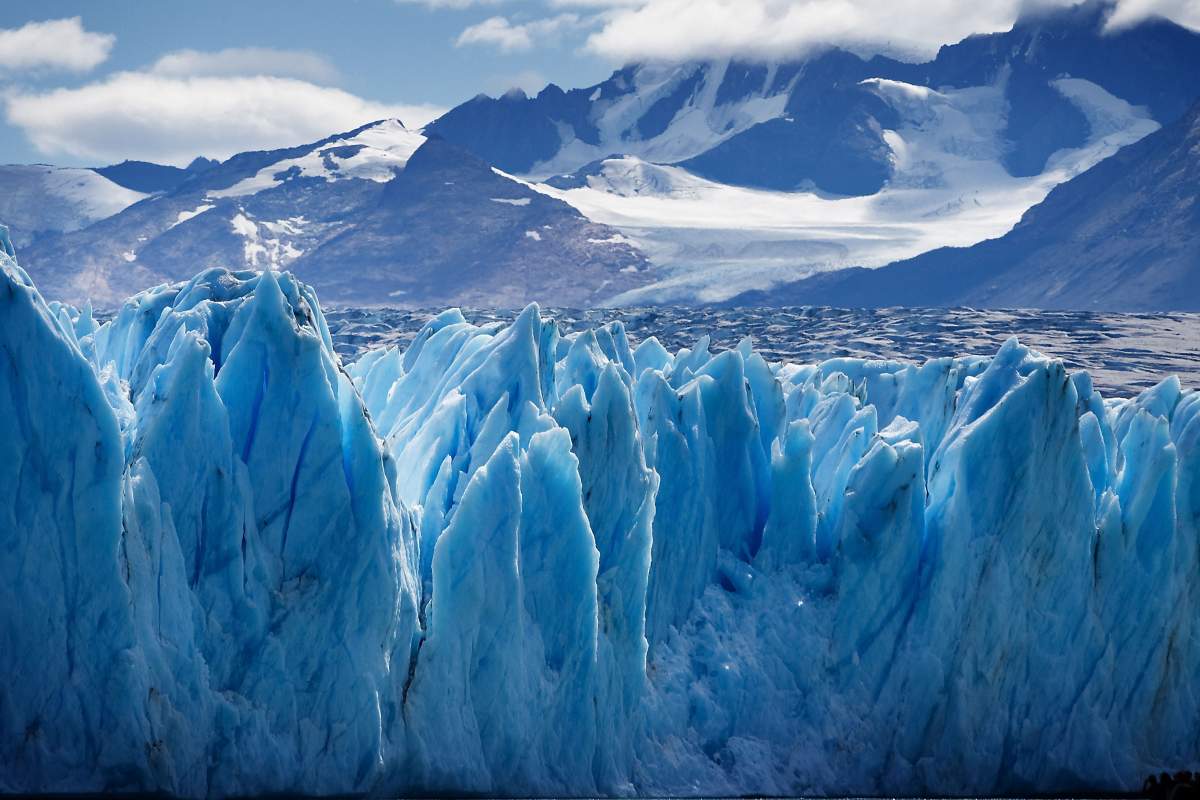 As the earth warms, glaciers around the world are melting fast. But for now, at least, you can still experience the thrill of seeing a glacier up close and in person. And if you're fortunate and brave enough to journey to Antarctica, you may see one of the most amazing types of glacier: those with large patches of blue ice.

The blue color develops over time. When glacial ice initially freezes, it's filled with air bubbles. And, at first, all those bubbles scatter incoming light in such a way as to reflect back the full spectrum and make the ice appear white. But as young ice gets buried and crushed beneath newer ice, the older ice becomes denser and its air bubbles become smaller.

When relatively newer ice is worn away by seawater, summertime melting, or strong winds, the older ice is revealed. And when light hits, it penetrates more deeply. Red and yellow bands of the light spectrum are absorbed, while blue light is reflected, resulting in the glacier's blue, almost turquoise hue. The phenomenon is similar to that which makes the sky appear blue.

Blue ice is relatively rare, covering only around one percent of Antarctica.

Another strange aspect of blue ice is that it tends to contain a lot of meteorites. Meteorites crash down all around the globe, of course. But due to its old age, when blue ice emerges it tends to reveal thousands of longâ€‘buried meteorites, attracting meteorite hunters from around the world.