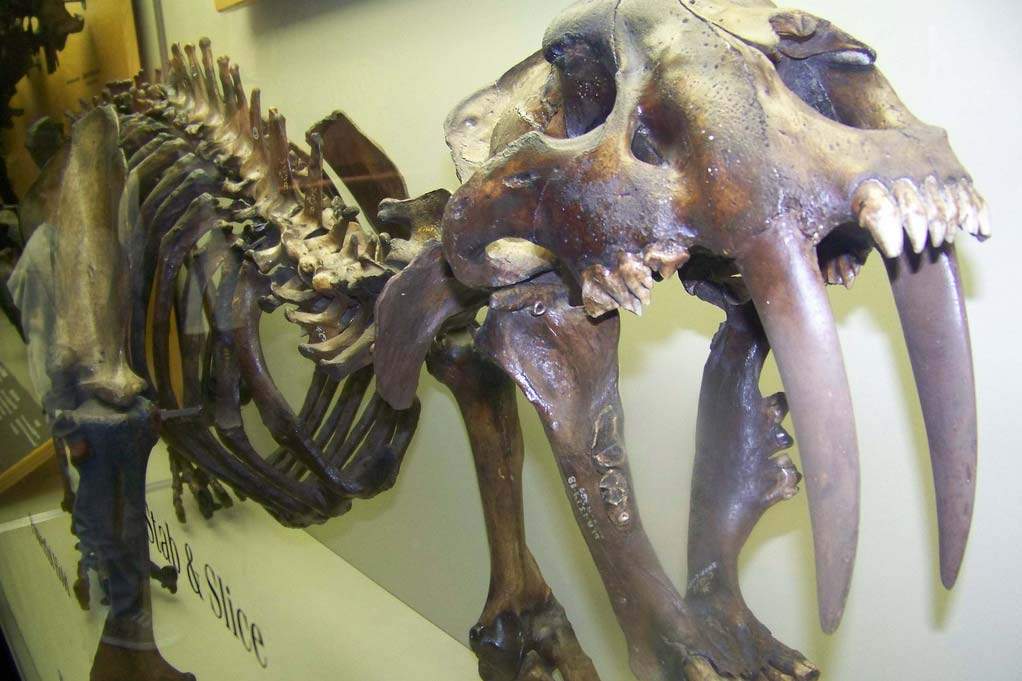 Way of the Dinosaurs

Between 10 and 50 thousand years ago, most large mammals everywhere in the world except Africa became extinct. The victims included the woolly mammoth, the saber-toothed cat, cave lions, cave bears, and in total about 178 species. Paleontologists are trying to get to the bottom of this prehistoric murder mystery.

Though animal species are becoming extinct all the time, this wave of extinctions happened at more than 1000 times the background rate, and may have been the largest extinction since the one that killed the dinosaurs. Scientists call it the late Quaternary mass extinction after the Quaternary geological period that began 2.6 million years ago.

One major suspect is climate change. As Ice Age glaciers advanced and retreated, the period was marked by dramatic shifts in climate.

The other main suspect is our ancestors. This was the time when early homo sapiens spread out of Africa and across much of the world. As highly effective big-game hunters, humans spread to areas of the world where animals had never before experienced hominid hunting. They might have caused mass extinction through overhunting.

In 2014, a team of Danish biologists published a study based on a global taxonomic database, carefully plotting the pattern of extinctions in geography and time. They found a closer match between the extinctions and the spread of humans than with climate changes. The evidence seems to favor the conclusion that our ancestors were the culprits.

Sadly, it is not yet over. Humans are still causing extinctions at an alarming rate today.

"Extinction: The Changing Face of the Biosphere" (Climatica)