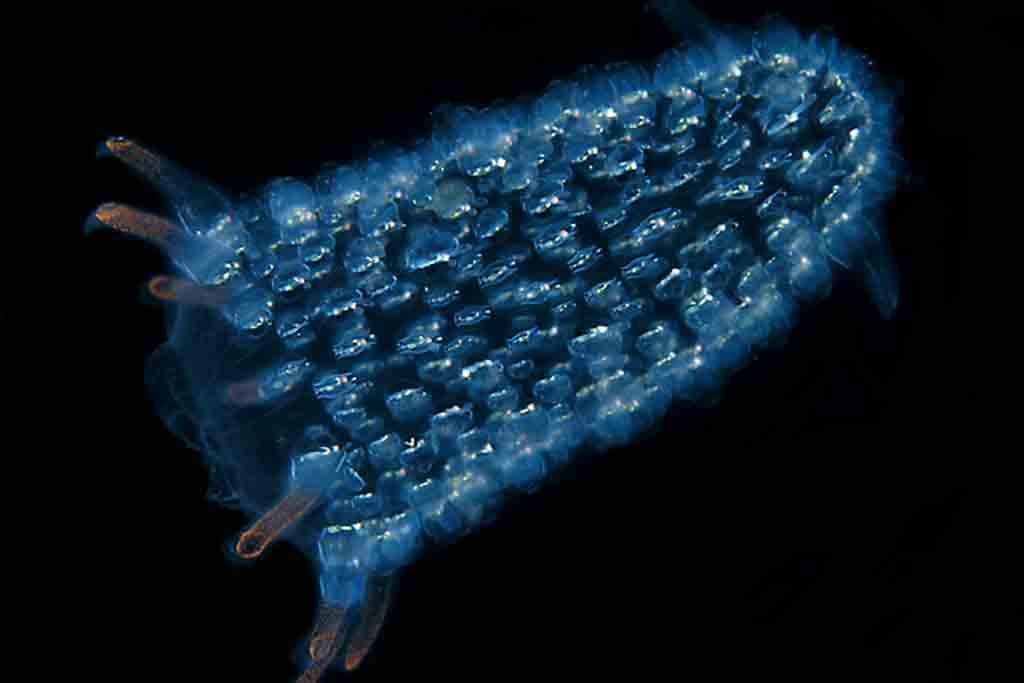 For starters, if you saw a pyrosome you might not recognize it as an animal. It looks like an inflatable tube, and can be as long as 40 feet. When disturbed, it glows brightly with bioluminescence.

The tube is made of tiny animals called zooids. Each one has its own body, but they are all physically joined together as a single colonial organism.

It sounds a lot like the Borg, from Star Trek--a single collective entity made up of beings linked together electronically.

The pyrosome also has something in common with the army of the Galactic Republic in Star Wars. The army consisted entirely of clones of one individual. The zooids that make up a single pyrosome are also all clones.

Each zooid sucks in water, filters out plankton to eat, and blows the rest into the inside of the tube. One end is closed, and the other is open. Water flows out the open end, letting the whole colony move by jet propulsion. It's a glowing, tubular, jet-propelled clone army. Just goes to show, we don't need to go to a galaxy far, far away to find exotic creatures.