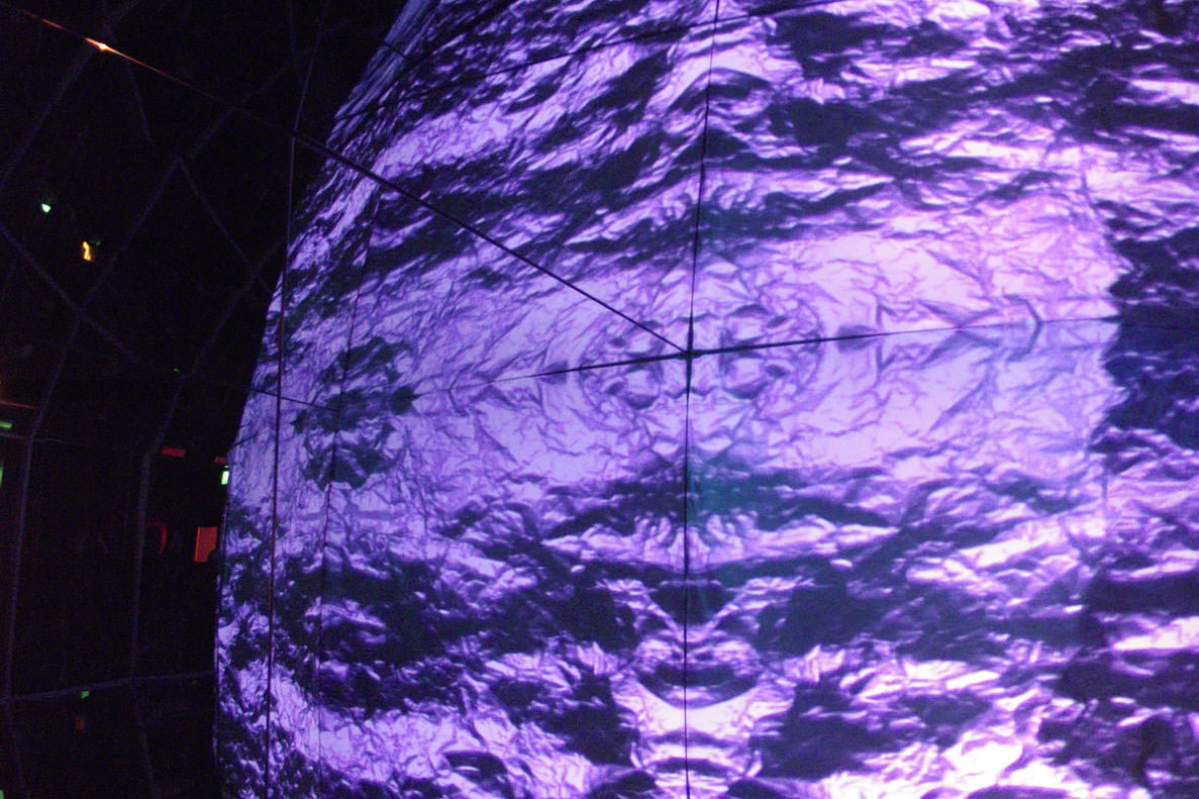 Earth is so beautiful in pictures taken from space. A blue globe with white clouds, a hint of green. That green is the sort of thing that astronomers need to look for if they want to detect life on the planets of other stars. Now, imagine the Earth purple.

That seems like a very strange thing to say, but recently Shiladitya DasSarma, a microbial geneticist at the University of Maryland proposed that early life may have tinged the Earth purple.

Remember, much of Earth's land surface is covered with plant life. Many plants are green because they use the green pigment, chlorophyll to capture the energy of sunlight through the process of photosynthesis.

But not all living things that photosynthesize use chlorophyll. Some archaea, which are simple bacteriaâ€‘like organisms, use a purple pigment called retinaldehyde or retinal as their photosynthetic pigment.

For most people, their knowledge of retinal probably comes from hearing about it at the optometrist. Retinal is an important component of the process that allows us to actually see. It's a part of many different chemical processes.

Biochemical and genetic evidence indicates that retinal evolved very early in life's history on Earth. It's widespread because these early organisms passed the trait on to their descendants.

Some present day archaea retain it for photosynthesis, and animals adopted it for light sensing in vision. Chlorophyll evolved much later as part of the more sophisticated light-trapping system used by some bacteria, and by plants. And that's why Dr. DasSarma is positing that the Earth may have at one time appeared purple from space.

Beyond being a cool fact, if this theory can eventually be proven, it might be helpful to astronomers searching for plant-life on other planets.