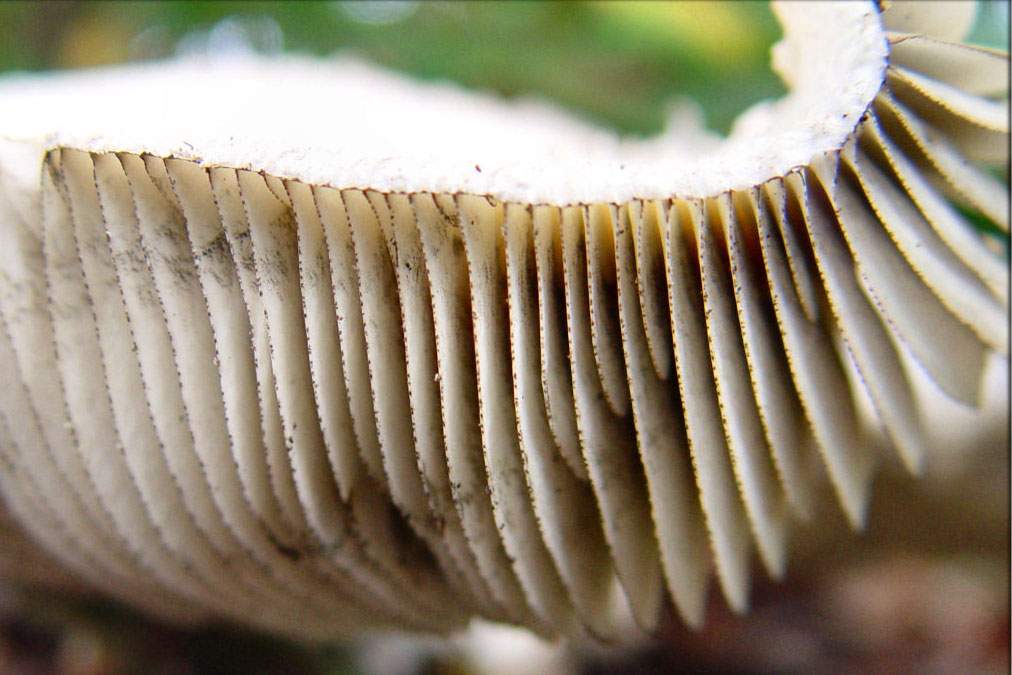 Did you know that in prehistoric times there might have been a fungus called Prototaxites that stood 20 feet tall, and had a trunk three feet in diameter?

Prototaxites lived between 420 and 350 million years ago during the Silurian and Devonian periods of geologic time. Back then, no animals with backbones lived on land; there were only millipedes, wingless insects and worms. Land plants were still simple and, at most, only a few feet tall. During its day, Prototaxites may have been the largest land dwelling organism on Earth.

Since no fungus grows that large today, early scientists didn't even think to label the giant growth as such. When the paleontologist Charles Dawson described the first fossil Prototaxites in 1859 he thought it was a conifer tree, whose rotting remains had been invaded by fungi.

When paleontologist Charles Hueber studied Prototaxites fossils under a microscope, he became convinced that their fine structure was that of a fungus. He published his findings in 2001. Hueber and a team of scientists performed a chemical analysis of Prototaxites remains in 2007, and argued further for its fungal properties.

Some scientists, however, think that Prototaxites was a lichen: a community of fungus and green algae. Skeptics say that Prototaxites "trunks" are actually just mats of simple creeping plants rolled up by gravity, wind or water.

With the science community still divided on the topic, Prototaxites remains a giant mystery for the ages.

"Prehistoric Mystery Organism Verified as Giant Fungus" (U of Chicago)

Prototaxites: A Giant that Never Was? (Catalogue of Organisms)