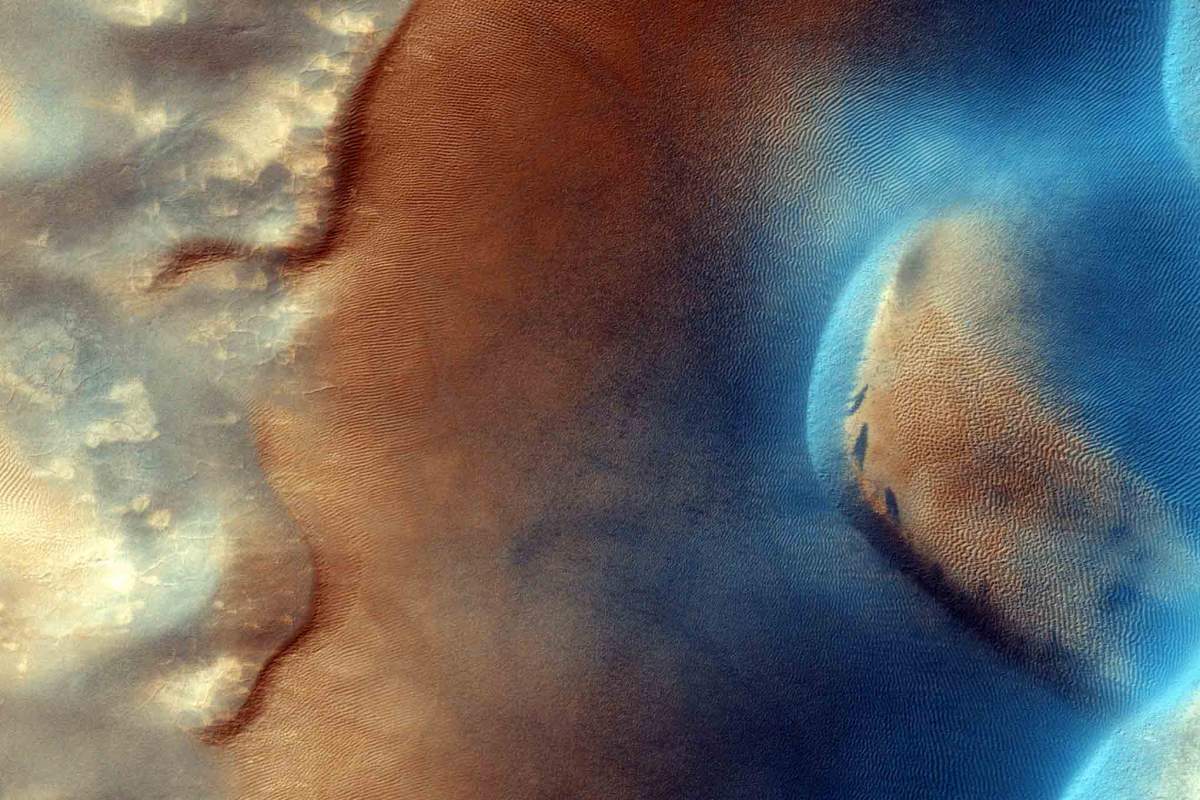 In H. G. Wells famous nineteenth-century novel, War of the Worlds, the Martians all die after invading Earth from bacteria that makes them sick.

Today, we are the ones invading Mars, and scientists are worried about the harmful effects that Earthly microbes might have on real-life Martians. The chances for simple microbial life on Mars are looking better all the time. Astrobiologists want to find ways to explore potentially habitable Martian environments without contaminating them with microbes from Earth.

While most of Mars' surface is too cold and dry for Earthly microbes to survive, certain special regions on Mars appear to be much more hospitable to invading microbes from Earth, or native Martian microorganisms.

From orbit, spacecraft have photographed what look like streaks of liquid water seeping out of the ground and running down slopes in the warmer equatorial regions of Mars. These potentially wet and habitable areas could support Earth microbes, and NASA is exploring new technologies that will be needed to fully sterilize robotic explorers and prevent accidental contamination.

Astrobiologists are also concerned about robotic spacecraft or astronauts bringing Martian samples back to Earth and possibly contaminating our planet with harmful Martian organisms. The first astronauts and samples to come back from the Moon were carefully quarantined and Martian astronauts and samples will be treated with the same caution.

"How Can We Protect Mars from Earth, While Searching For Life?" (Astrobiology Magazine)

"Meet NASA's One and Only Planetary Protection Officer" (Scientific American)