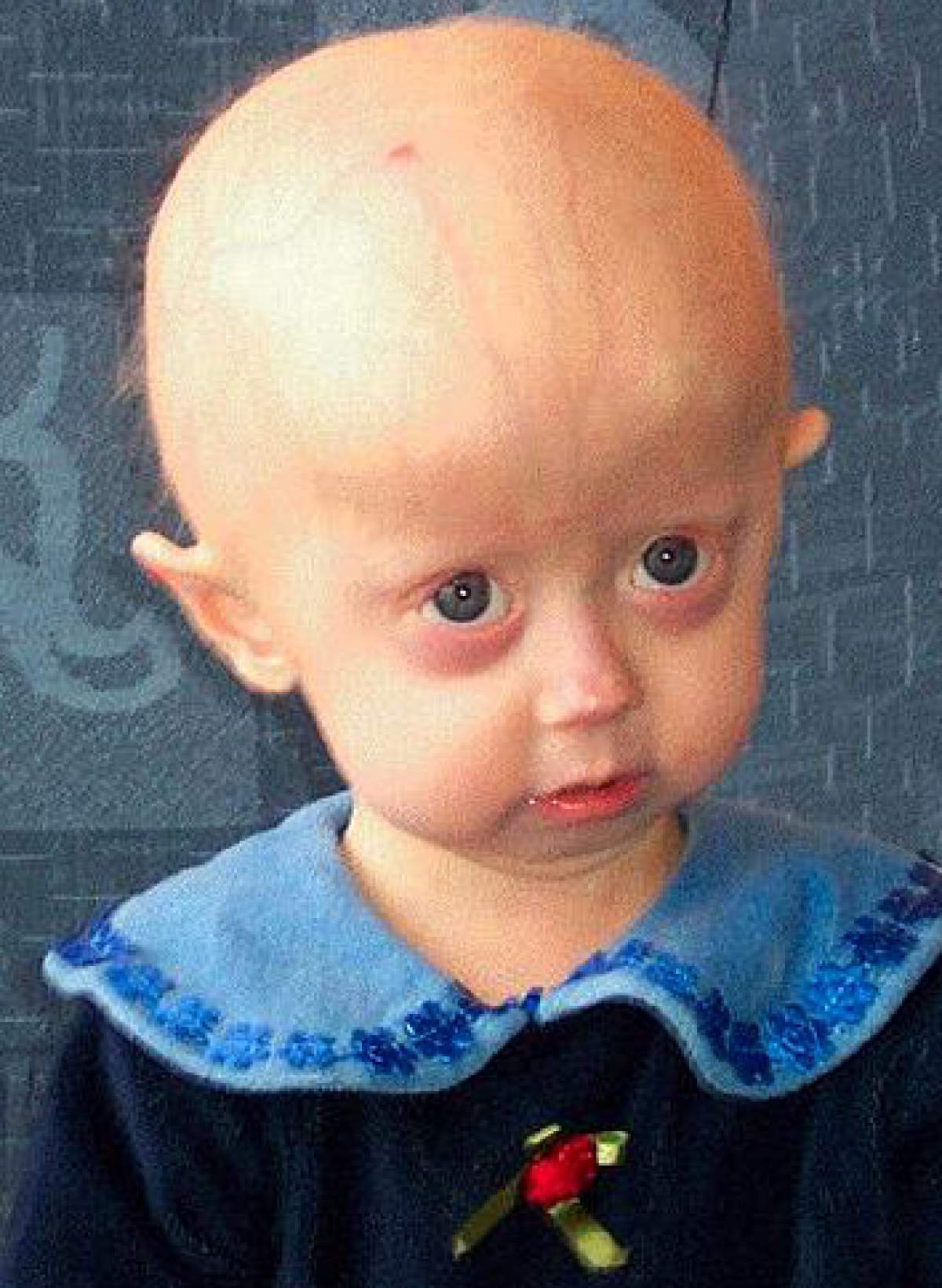 Progeria was first described in the nineteenth century. The mysterious disease is often thought of as premature aging.

Children with progeria are normal for their first year of life, but then develop medical problems normally seen in the elderly.

Their bones weaken. Their skin wrinkles. They lose their hair. They die from heart attacks or strokes brought on by hardened arteries and high blood pressure. None lives past their early teens.

In 2003, researchers discovered what causes progeria: a genetic point mutation. That means that when genes are being copied to make egg or sperm, just one position in one DNA strand is copied wrong. It is like copying a pancake recipe and replacing baking powder with salt. The pancake is not going to rise.

For children with progeria, the gene that encodes lamin A, a protein in the cell's nucleus, is faulty. When the lamin A protein is normally made, a chemical piece called farnesyl is lopped off. In the progeria cell, the farnesyl stays attached. The mutant protein remains sticky and piles up in the nucleus, altering the cell's function.

Progeria research is moving in two complementary directions. Some scientists are working to find treatments for the disease with anti cancer, cholesterol lowering, bone strengthening, and immune suppressing drugs. Others are interested in progeria's similarity to aging.

Progeria like changes have been found in unaffected older people's skin cells. A protein called prelamin A, which is similar to the mutant protein, increases at low levels and may contribute to hardening of the arteries and other problems that come with aging.

Though progeria is extremely rare, it may in fact hold the key to aging in all individuals.