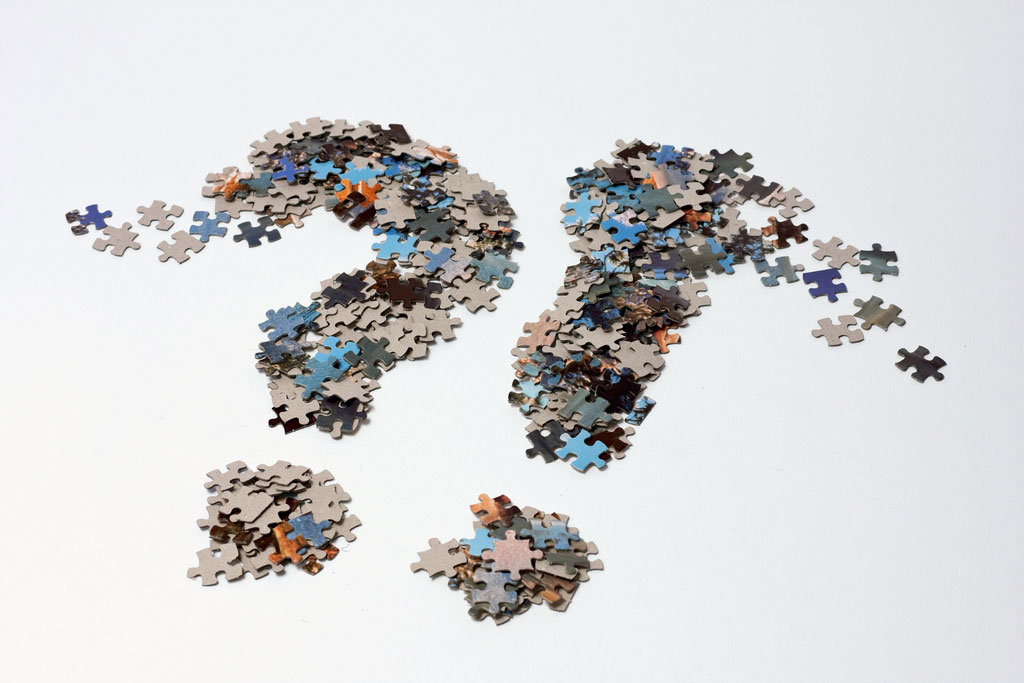 Often problems, whether in math, science, or daily life, are hard to solve because we're not asking the right questions.

Our minds get set on what we think the solution should be, and we suffer from what is called "tunnel vision." Sometimes the solution will come when we approach the problem from a completely different direction.

Many scientific discoveries have been made in just this way.

A case-in-point is the situation encountered by scientists Arno Penzias and Robert Wilson. When they designed and built a large antenna to pick up microwave signals from communications satellites, they immediately ran into a problem that stumped them for more than a year.

For in addition to picking up the desired signals from the satellites, there was an annoying hiss. No matter where the antenna was pointed the noise was there.

The two scientists concluded that there could not be such a uniform noise coming from space, so the problem must be in the equipment. For more than a year their tunnel vision kept them working on the antenna, from rebuilding the circuitry to washing bird droppings from the antenna's walls. All to no avail.

They finally gave up on the antenna, and decided to consider whether there might in fact be such a uniform noise coming from space. After doing a bit of digging they found a paper written twenty years earlier that had predicted the kind of background hiss they were hearing. They then discovered that other scientists at their lab knew about the hiss, but had ignored it.

The moral to this story is that if we're having trouble solving a problem, it might help to change our assumptions, change the questions we're asking. Doggedly sticking to preconceived notions might be hindering our ability to solve the problem.