Probing Through the Ice: From Antarctica To Europa 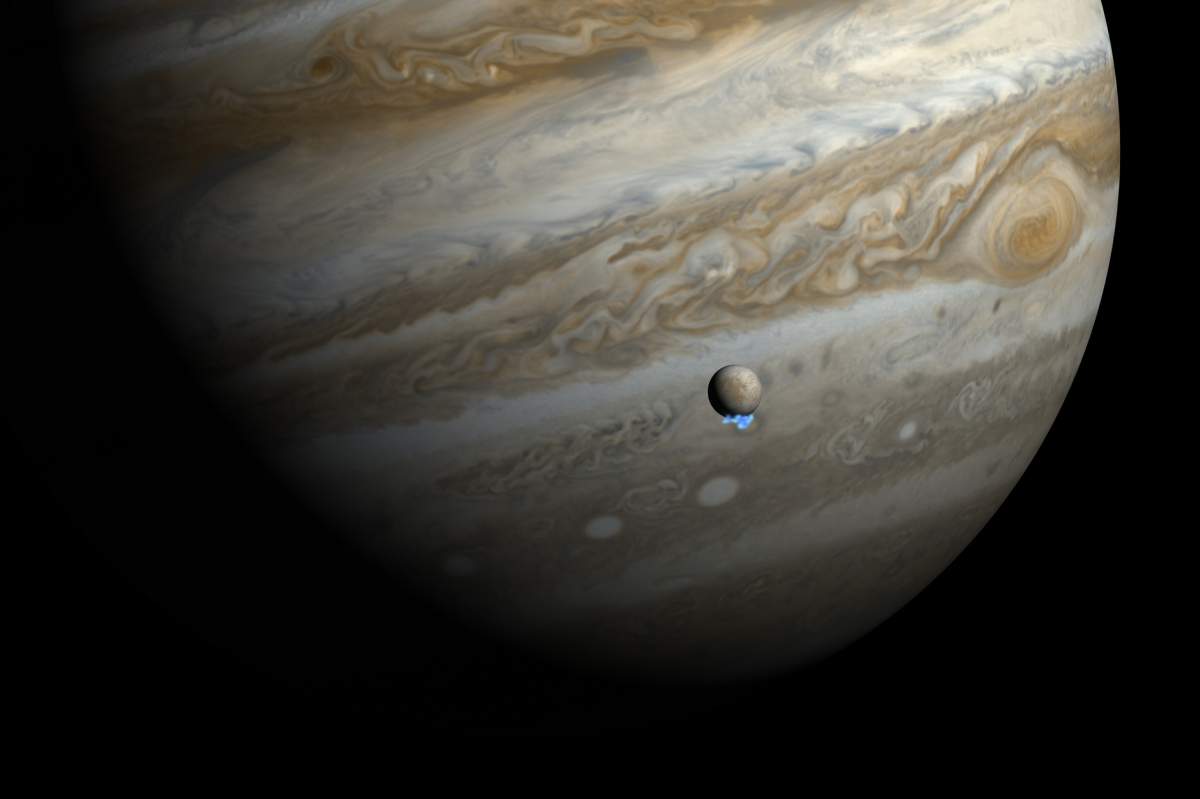 Jupiter's moon Europa is an enticing place for astrobiologists. Scientists have evidence that underneath the thick crust of water-ice that covers the moon, there may be a vast global ocean of liquid water. That ocean may be the best place in the solar system to find alien life.

But the area is difficult to study because the ice-sheet is so thick.

Researchers studying Antarctica have the same problem: The ice sheet covering the continent averages a mile deep, and is three miles deep in places.

With funding from NASA, an international team of scientists found a solution: ice-penetrating radar. The investigators mounted their radar on an airplane and used it to map the land under Antarctica's ice for the first time. They discovered hidden mountain ranges, valleys, lakes, and rivers.

So, if you mounted the radar on a spacecraft and sent it to Europa, you could see through the ice to directly confirm that there really is an ocean down there, which is what NASA researchers plan to do sometime in the 2020s. The planned spacecraft will orbit Jupiter and make up to 45 close flybys of Europa. During those flybys the probe's radar will map Europa's ice shell all the way down to the ocean.

Also, geologists think that regions of fractured ice may have pockets of upwelling water beneath them and possible passageways to the ocean below. Using radar, they can zero in on those key sites.