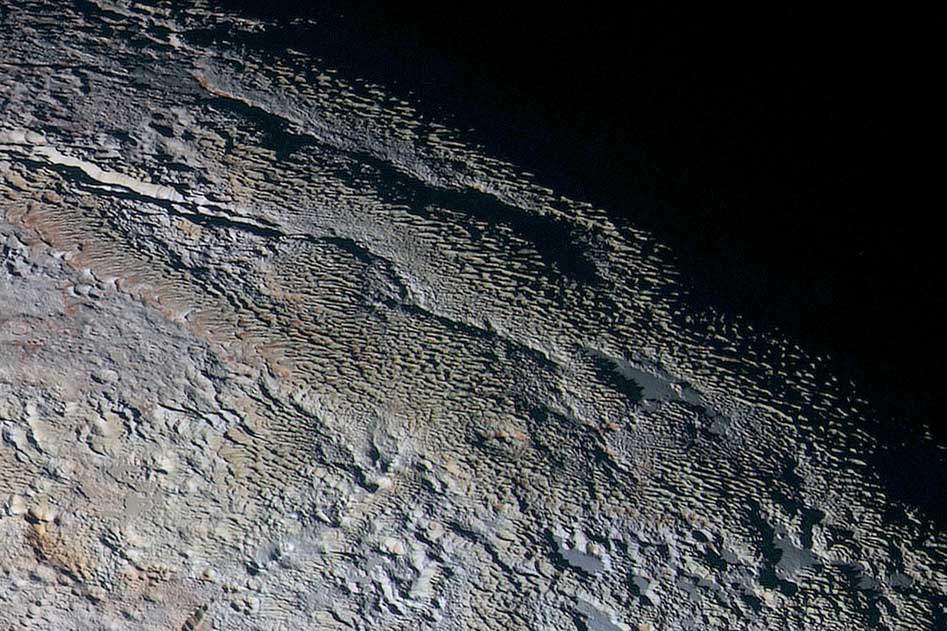 In 2015 NASA's New Horizons spacecraft became the first ever to reach Pluto. The photos it sent back show an interesting picture of Pluto: It isn't covered in craters.

Pluto's relative smoothness seems strange given that Earth's moon and many other worlds are scarred with craters from strikes by asteroids and comets over billions of years.

Pluto has probably had its share of impacts, just like other worlds. Geologists see the lack of craters as evidence that active geological processes on Pluto are erasing them. The surface of Earth's moon is billions of years old. By comparison, some of Pluto's icy plains appear to have formed as recently as 100 million years ago. The fact that Pluto has mountain ranges as high as Earth's Rocky Mountains is more evidence of geological activity. The mountains are made of water ice, frozen hard as rock.

To be geologically active, a planet needs a source of internal heat. Earth is geologically active because it's a big planet that traps the heat of radioactive materials in its interior. But Pluto is smaller than Earth's moon. Some other icy worlds have active geology, but that's because they are tiny moons orbiting giant planets such as Jupiter. The tidal pull of such a behemoth generates internal heat. Pluto doesn't orbit a giant planet, and its moon, Charon, is too small for its tidal forces to generate much heat.

Scientists don't yet have an explanation for Pluto's geological activity. Even though we finally know what it looks like, Pluto still holds lots of other mysteries that will keep scientists busy for some time to come.

"Pluto is a Geologically Active World, But We Don't Know Why" (io9)