How Do Polar Bears Drink? 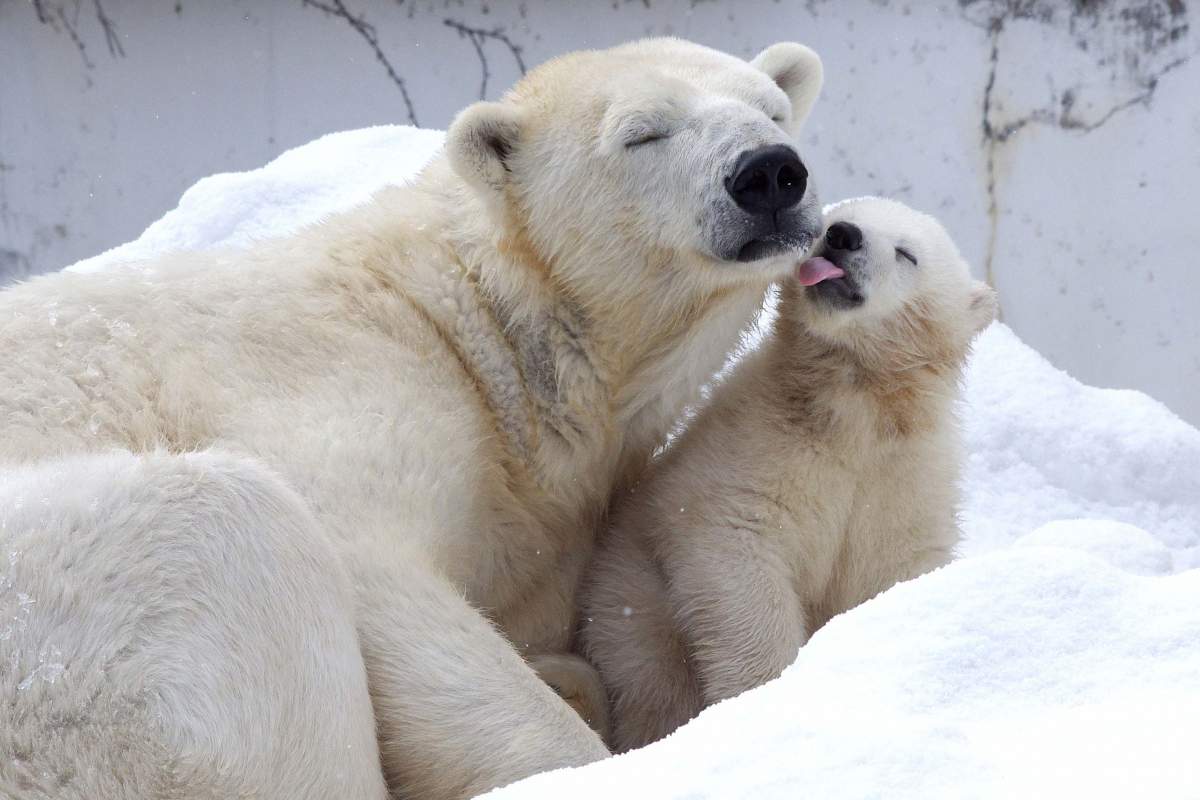 You've heard the joke that at the North Pole you need a refrigerator to keep your water from freezing, right? What do polar bears do for water?

They spend most of their life at sea, on drifting ice packs or on the shores of the Arctic. Either way, most of the fresh water around them is frozen. So what do they do? Eat snow?

Eating snow to obtain water is metabolically expensive--it would take too much energy to melt down enough snow. Consequently, polar bears have evolved so that they don't need to drink liquid water.

Polar bears get their water from the chemical reaction that breaks down fat. This is why a polar bear's diet is high in fat but low in protein. For example, when they hunt seals (such as ringed seals), polar bears will eat the blubber, but leave the rest behind for scavengers.

You need water in order to be able to urinate and flush out the poisonous byproducts that result from breaking all that protein down, so if you're conserving water, you don't want to eat a lot of protein.

And that isn't the only way polar bears conserve water. For one thing, their kidneys are very efficient at removing salts from their blood plasma and concentrating their urine.

Plus, living in a cold climate means polar bears don't need to sweat as much. And finally, females hibernate in dens, where it isn't as cold, and this reduces the metabolic costs of pregnancy.