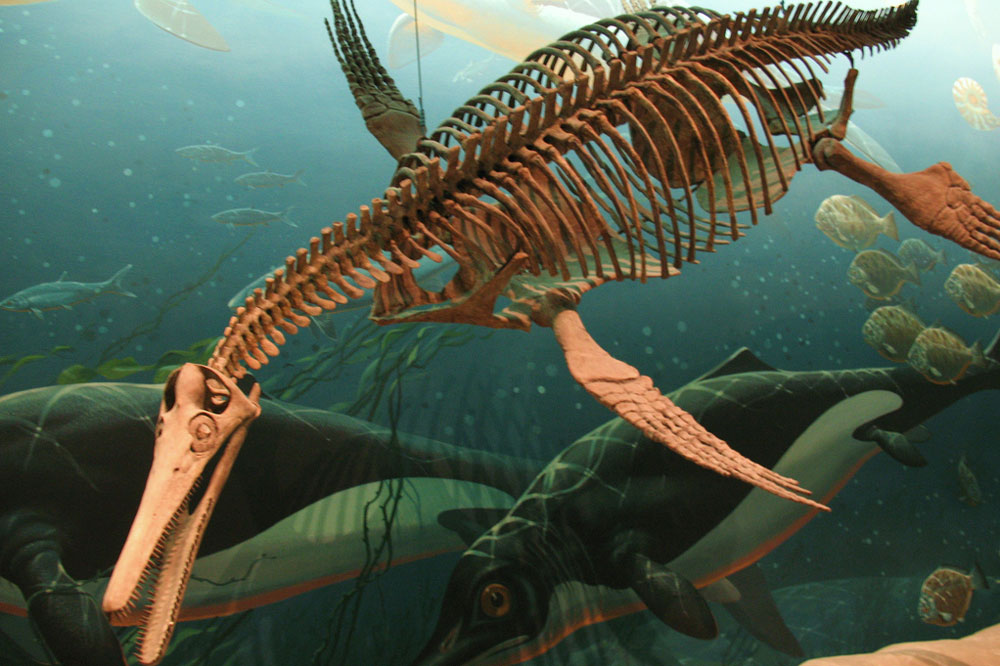 Is there still such a thing as a plesiosaur?

Well, the plesiosaur was a very real species indeed. Plesiosaurs were ocean-dwelling reptiles which lived during a span of many millions of years that paleontologists call the Mesozoic era. This was the time of the great dinosaurs, which ended, along with the dinosaurs themselves, about 65 million years ago.

The term plesiosaur actually includes several species, some as large as modern day whales. They lived in the oceans, and were predators, snapping up smaller animals in their sharp-toothed jaws.

It's hard to draw a complete picture of such creatures with total confidence, because all we have to go on is fossils. A terrific fossil of a plesiosaur was actually unearthed just recently in a riverside cliff in Japan. The animal was ten feet long and died with a stomach full of shellfish called ammonites. Around 30 ammonites were fossilized right where the plesiosaur's stomach would have been.