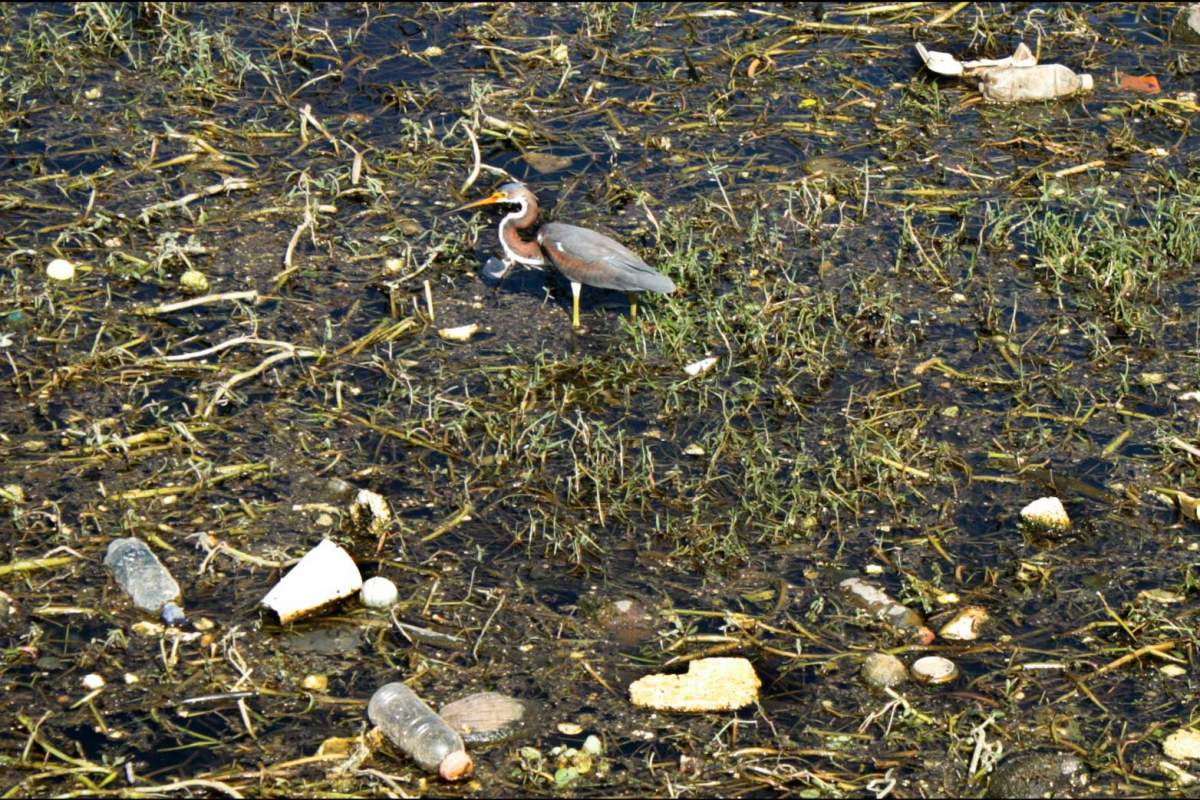 Eating Out Of Trash

With the current global rates of plastic production, computer models predict up to 90Â percent of birds are likely to have plastic in their guts today. That number is likely to rise as more plastic is disposed of into the environment.

Bottle caps, balloons, cigarette lighters, bags, toothbrushes and toys are some of the objects that have been recovered from birds' guts. Some Australian island birds have been found with plastic making up 8Â percent of their body weight. A short tailed shearwater was found with a glowstick in its gut.

Scientists believe seabirds are vulnerable to eating plastic because the small and often colorful pieces resemble fish and other animals they eat. But the tidbits could be deadly.

Sharp-edged plastics can kill by piercing organs. And in a more insidious way, since plastic isn't digestible, pieces too large to pass out of the gut limit the amount of real food that will fit in the stomach. Birds die of malnutrition.

The most disturbing fact is that global plastic production doubles every 11Â years. Millions of tons of it are collecting in the northern Pacific "Garbage Patch," which may be the most polluted marine area in the world.