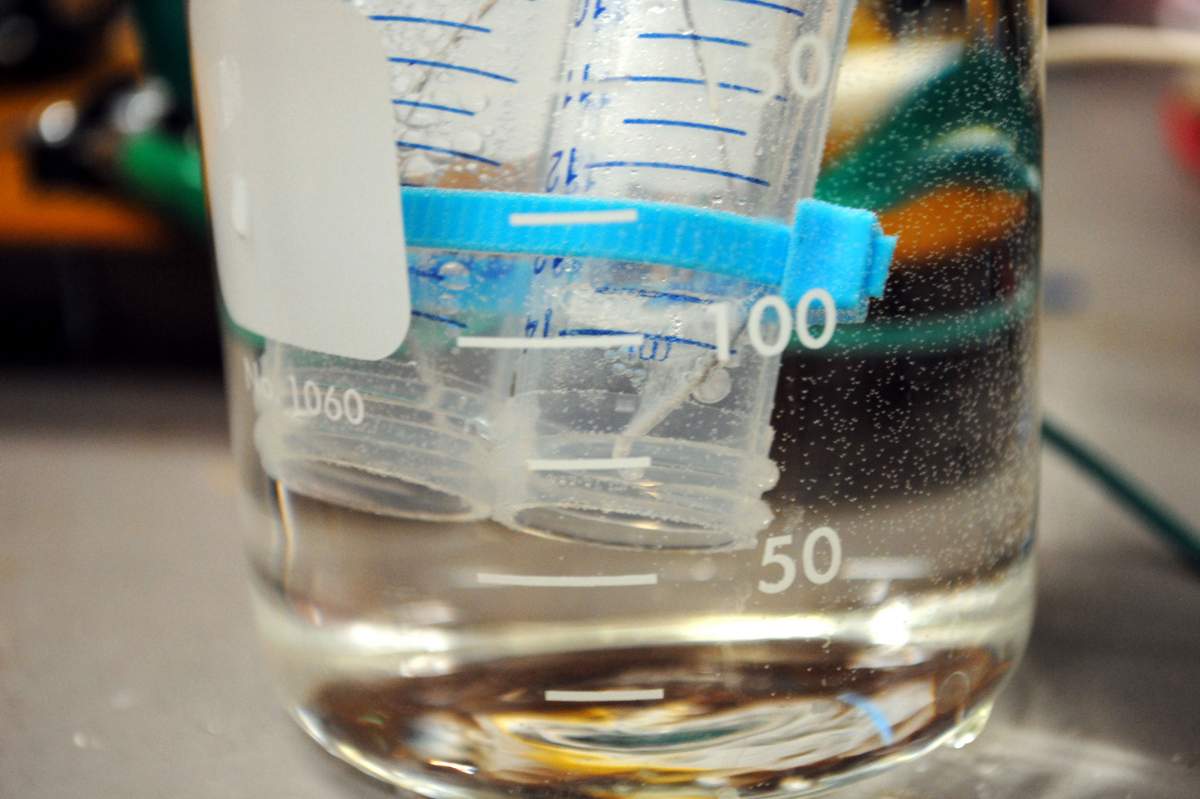 Most of the ethanol blended with gasoline today is made from corn. But producing enough to make a real difference requires thousands of acres of land, countless gallons of water and tons of fertilizer. Plus, fermenting corn into ethanol consumes lots of energy. Making ethanol from inedible plants also expends a lot of resources.

Which is why scientists have been trying for decades to develop a more sustainable model for ethanol production.

Scientists at Stanford may have found a way. Using a new kind of electrode made from copper oxide, they've discovered how to make ethanol from carbon monoxide gas.

They placed two electrodes in water containing carbon monoxide gas in order to derive its components.

When voltage was applied using conventional electrodes, the water separated into oxygen gas at the anode, hydrogen gas at the cathode, and the carbon monoxide remained. This process is called water electrolysis.

Copper Oxide Makes All the Difference

But when using a cathode made from copper oxide, something unique happened. Instead of only hydrogen gas, large amounts of ethanol and acetate were produced. Copper electrodes have been used before to produce ethanol this way, but oxide-derived copper is much more efficient, channeling a full 57% of the electricity into producing ethanol and acetate.

It will take more research to refine the process before it can be used commercially. But if and when that happens, ethanol may become a more sustainable fuel.