All About Pirate Perch 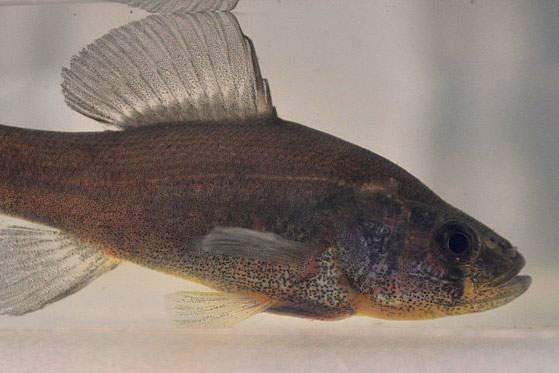 Pirate perch don't wear eye patches, but these predatory fish are as ruthless as any pirate sailing the seven seas. They were even abandoned by the aquarium market when they were found to eat all their tank mates.

Pirate perch aren't really perch. They are related to the cave fish family which dates back twenty four million years. They live in freshwater streams and ponds in the eastern United States. At only five and a half inches long, these nocturnal predators will eat anything that will fit into their large mouths, including insects, amphibians,and small fish.

Pirate fish are not only ravenous predators, they appear to be masters of deception.

Scientists concluded this when experimenting with frog and beetle colonization of artificial ponds stocked with one of eleven different fish species. The fish were restrained near the bottom of the ponds with screens, so they could be detected but not eat the prey.

When selecting a pond, frogs and beetles avoided ones with other fish species, but not ponds with pirate fish. This surprised the scientists, but they believe they've figured out the pirate fish's strategy.

Some predators disguise themselves with visual camouflage, blending in with the soil, rocks, or plant material. Pirate fish have no visual way to deceive prey. Scientists believe they possess another type of camouflage: Scent.

In cloudy waters and at night, prey species can't use visual cues to warn them that a predator is near. Instead, they pick up chemical signals from the water. Scientists think pirate fish are either masking their odor or scrambling chemical signals to hide themselves.

It appears that pirate fish fly a white flag instead of the skull and crossbones. Their prey never suspect until it is too late.