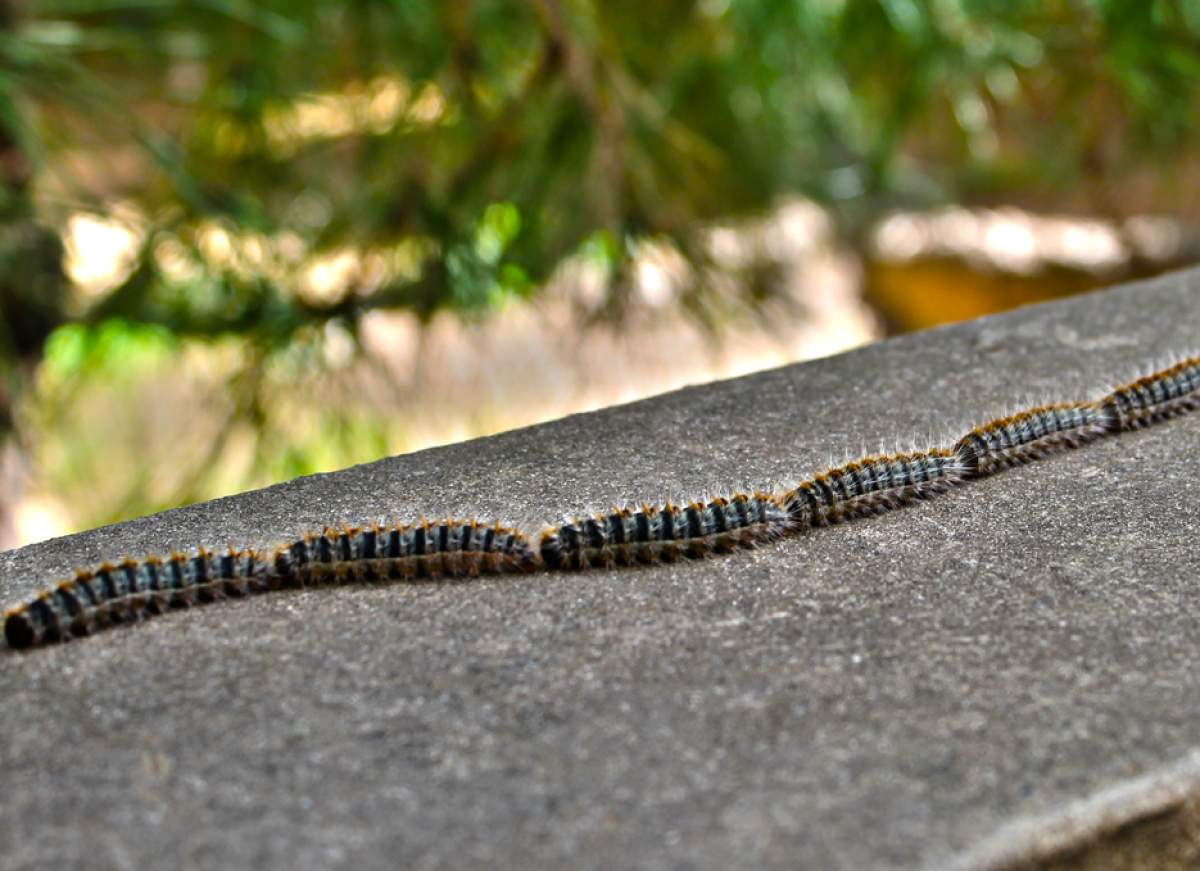 Pine processionary caterpillars, which make their home in warmer regions of southern Europe, the Near East and North Africa, are known for their unique mode of travel. They travel long distances in a single-file, head-to-tail line, something like schoolchildren.

The caterpillars actually have two different methods of traveling. Pine processional caterpillars make mass nests in trees, and when leaving their nest to traverse the tree's branches in search of food, the caterpillars leave a pheromone trail. They do not always travel in line on these trails, but they can distinguish one trail from another; and unlike Robert Frost, they prefer the well-beaten paths marked by a majority of their fellow caterpillars.

When the caterpillars are fully grown, they abandon their home in search of soft soil where they will cocoon. These processions are always single-file head-to-tail, and can consist of as many as 300 caterpillars. The caterpillars stay in line in part as a result of tactile stimulus from the hair-like sensory appendages on the abdomen of the caterpillar in front of it. Scientists believe a yet-to-be discovered pheromone probably plays a role, too.

Whatever the impetus, the urge to follow is strong, as demonstrated by the French naturalist, Jean-Henri Fabre. He arranged these caterpillars into a complete circle around the edge of a flowerpot, so that there was no longer a leader, and they followed each other around and around for seven days, in frost and heat, going nowhere.