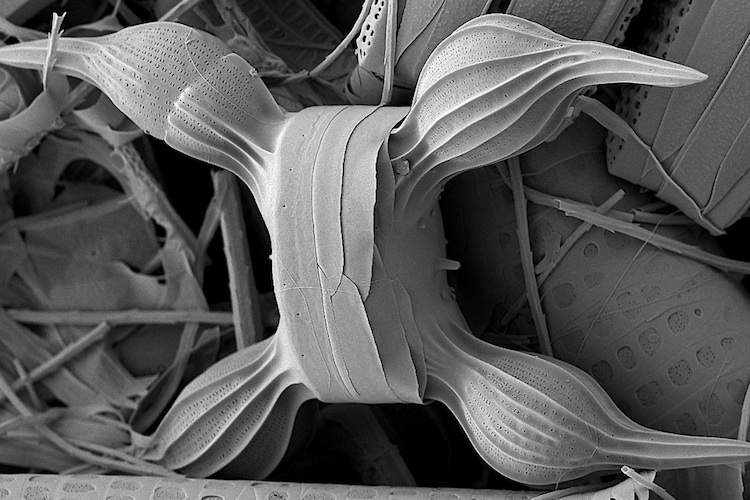 When it comes to ocean life, you might assume that the real action occurs down in the depths. After all, that's where sharks, whales, octopi and other stars of sea do their thing.

But as any marine biologist worth their weight will tell you, in terms of sheer numbers there's no beating the ocean's skin, the top thirty or so feet of sea water where phytoplankton reside. Plankton are microscopic plants, and hordes of them fill the ocean's surface.

Every square inch of water near the surface of the sea contains hundreds of thousands, even millions, of these tiny organisms. Located at the bottom of the marine food chain, phytoplankton are the main course for small fish as well as some very large whales. Without these plants many ocean ecosystems would collapse.

Carbon dioxide is a greenhouse gas, so the less of it in the atmosphere, the cooler the planet. For all their importance, phytoplankton live only one to two days. Upon death they sink to the depths, carrying with them vast amounts of carbon dioxide. A phytoplankton burial ground, the ocean floor is also Earth's richest source of carbon.