Physics of the Fall 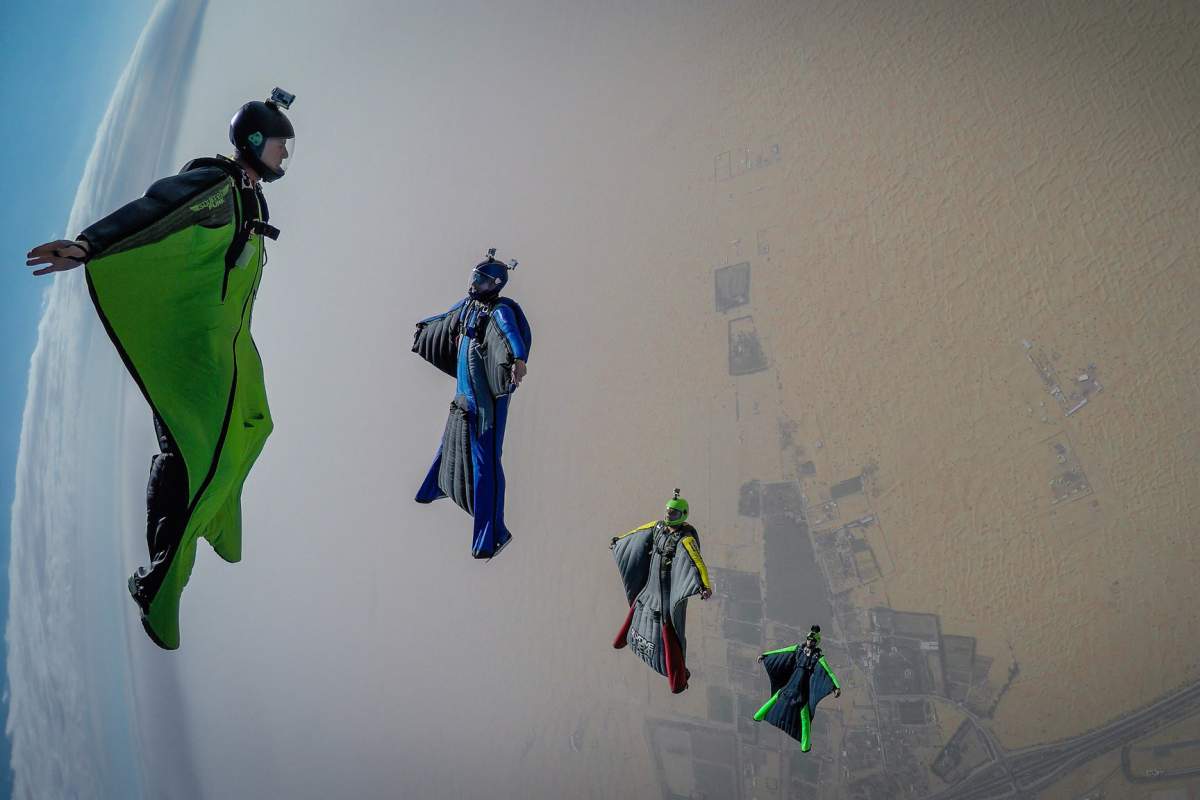 Skydiving has become an increasingly popular sport, although most people haven't yet taken the plunge. There are even skydiving teams that link up to create formations in mid-air.

How are the skydivers able to coordinate and make these formations? It's a matter of elementary physics.

Any falling object experiences basically two forces: The downward tug of gravity, and the upward push of air resistance. When a skydiver first leaps out of a plane, she begins accelerating rapidly downward, tugged down by gravity.

If a person fell out of a tree, they would experience the same thing: this is the usual experience of falling. After about ten seconds though, the skydiver stops accelerating downward.

She's still falling of course, usually at around a hundred and fifteen to a hundred and thirty miles per hour, but her downward speed is no longer increasing. Why not?

She has reached what's known as terminal velocity. This is when the upward push of air resistance, or the friction she experiences as she falls through the aim, is enough to exactly counterbalance the force of gravity.

When she first jumped out of the plane, this upward push was negligible. At over a hundred miles per hour, it's pretty strong. She'll continue downward at a steady velocity, until she opens her chute. This is the point where a well-trained skydiving team can coordinate their movements and form patterns.