How Do Photocopying Machines Work? 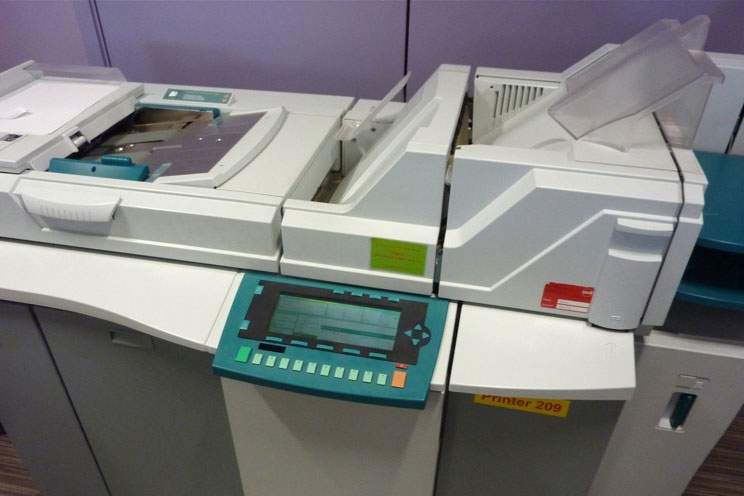 Photocopying machines are fairly complicated devices, but the basic principal is pretty simple. At the heart of the process are static electricity, a metal drum, a system of lenses, and dark powder.

The machine's function depends on the fact that opposite electrical charges attract each other.

When you put the letter on the glass plate and push the start button, a metal drum below the glass is given a negative electrical charge. A bright light shines on the original image, and a system of lenses projects that image onto the drum.

Where the light strikes the metal surface of the drum the electrical charge disappears, but the dark parts of the image, that is, the letters on the page, keep their charge.

At this point positively charged particles of black powder are deposited on the drum with its negatively charged letters. Since opposite charges attract each other, the powder sticks to the where the letters are, but not to the rest of the drum, which has no charge.

So, it's the interaction of positively and negatively charged parts in the copy machine that allows the image to be copied from one piece of paper to another.