How To Make Perfect Whipped Cream 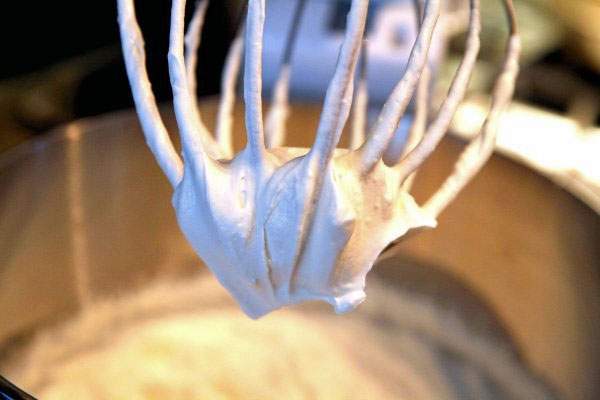 Although whipping cream is a fairly simple operation, requiring nothing more than a bowl and beaters, it has frustrated many good cooks. Too often, what was supposed to be a bowl full of light, soft peaks of white creaminess turns out to be a liquid mass dotted with lumpy chunks of butter.

Heavy cream whips into soft peaks because proteins and fat in the cream capture the air introduced by beating. As you beat the cream, air is forced into the liquid and puts pressure on the proteins, causing them to unfold and form a thin film around each air bubble.

By themselves, the unfolded proteins can only withstand gravity for a few seconds. But the fats in the cream form a strong, stable network that keeps the bubble walls from collapsing.

By starting with chilled cream, bowl, and beaters, you can ensure that your cream will whip into soft, creamy peaks. In chilled cream, the fats stick together readily so they easily form the reinforcing network.

What happens if the cream is warm?

Think about how quickly butter, which is about eighty percent milkfats, softens when you remove it from the refrigerator. In the same way, the milkfats in cream soften and melt as the cream warms. The spherical shape of the softened fats is altered so that they weaken the bubble walls instead of forming the reinforcing network.