Why Are Some People Reluctant To Try New Foods? 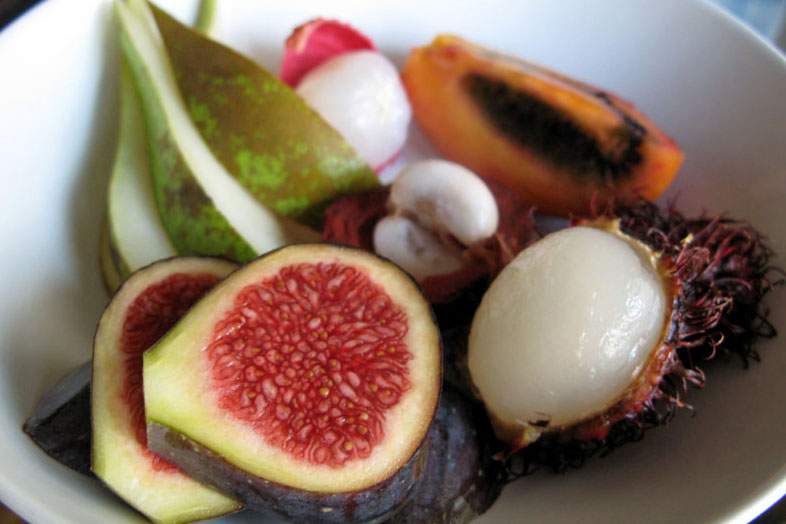 Psychologists have observed that most people are reluctant to try unfamiliar foods. In one experiment, two groups of people were asked to eat identical foods. The first group was told that they were eating chopped tomatoes, oatmeal, and beefsteak. They ate the familiar foods willingly.

Researchers told the second group that they were eating foods with the made-up names pendula fruit, lat, and langua steaks. Most of the group refused to try the foods when they were called by unfamiliar names.

Generally, the more often we taste a food, the better we like it. This is why infants may learn to like certain foods very early on. Researchers think that infants become familiar with certain tastes in their mothers' milk even before they're weaned. Tastes for strongly aromatic foods such as garlic seem to be easily acquired in this way.

Toddlers who taste many different foods are more likely to experiment with new foods as adults, says nutritional scientist Leann Birch. But children who have unpleasant eating experiences, like having food shoved in their mouths, often grow up to reject certain foods.

And the no-dessert-until-you-eat-your-spinach approach, says Birch, often backfires. The spinach ends up seeming more disgusting, the dessert more enticing. Finally, both adults and children are usually more willing to experiment with sweet foods than with spicy, highly flavored foods.

After all, have you ever been scared to try a new dessert?