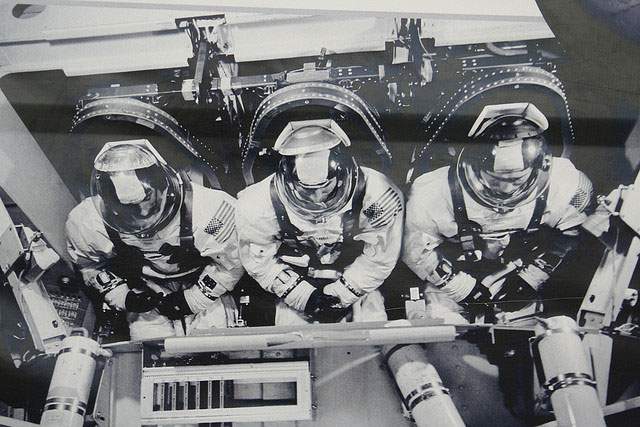 Legend has it that NASA spent a million dollars developing a pressurized ballpoint pen that astronauts could use in space, while the Russians merely opted to use a pencil. Embarrassing, right? Luckily, though, this is nothing more than a myth.

While you write, gravity forces the ink down onto the ball, which rolls inside its socket and spreads the ink on your writing surface. In space, of course, there isn't enough gravity to force the ink out, so the pen's reservoir needs to be pressurized.

Get The Lead Out!

And here's why a pencil won't do the trick: Paul Fisher, the guy who produced the space pen, noted that when astronauts used lead pencils, and the pencils broke, the lead floating around became a safety hazard.

Plus, both pencil lead and wood burn rapidly in pure oxygen environments, and after the Apollo 1 disaster, NASA required writing instruments that wouldn't burn in these conditions. The space pen is made of metal, and the ink has a much higher ignition point than regular ink.

Space pens may have cost a bundle to develop, but Paul Fisher financed their development entirely on his own.

In fact, after sinking a million dollars into all that research, the first order was for 400 pens that he sold for $2.95 each. On the bright side, today all astronauts use these pens, and plenty of ordinary people do, too.