Why the Penguins And Polar Bears Don't Like Your Lights 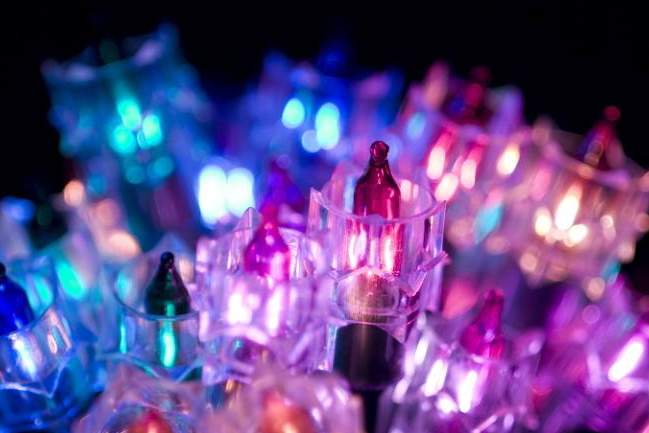 At last, after eleven dismal months of waiting, the Yuletide season is finally come!

There's magic in the air, folks: Salvation Army bells a ding-dingling, bundled skaters on frozen ponds, snow globe collections on display, and, of course, Santa on his mighty throne in every packed-out shopping mall. It's like Whoville out there.

And who can forget America's shimmering houses each one bedecked with thousands of tiny Christmas lights? It's so beautiful and heartwarming and Kinkade-esque you almost forget about the wildly whirring electrical meter out back by the fuse box.

Yeah, you almost forget about it until some Grinch of a blogger reminds you this lambent ambiance ain't free.

Here's the facts no tinsel, no frosting, no dunks in the eggnog. According to the Department of Energy, every year, our Christmas lights use enough juice to power some 500,000 homes from now until next December! This, as we all should know well by now, means more coal burned and more carbon dioxide released into the atmosphere.

Of course, we all know what this leads toClimate Change.

This stacked atop holiday travel, factory farmed food (which also does a lot of travelling), endless heaps of plastic toys, and the gillions of batteries they require to emit all those epileptic flashes and grating pre-programmed soundbites makes Christmas start to look a little dirty.

Maybe we should just cancel this year...

Oh, but we love it all too much! We're not going give up decorations and extravagant gift exchanges any more than we're going to give up Facebook or the Constitution.

Maybe, though, we can scale back at least a little. If, for instance, we opted for LED's on timers instead of incandescents blazing all night long when turning our homes into mini Vegas Casinos, we'd cut our electrical consumption many-fold.

Choosing Legos over Buzz Lightyears is a great way not only to reduce battery use but also to stimulate your kid's imagination.

Eartheasy.com has a host of ideas to help you make your holiday season less of a humbug. Imagination and a little extra effort go a long way.