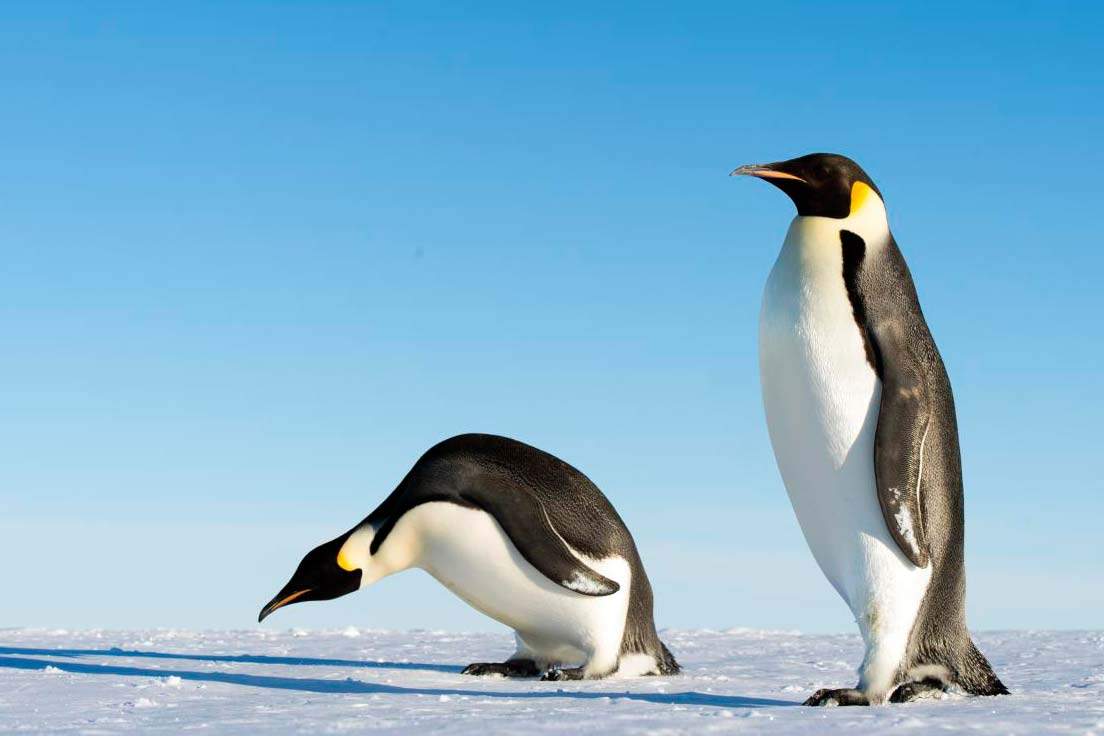 Life for king penguin chicks is precarious. Soon after they're born, their penguin moms and dads take off for weeks-long fishing trips, leaving the chicks to fend for themselves. To stay warm and discourage predators, they huddle together in small groups.

But sometimes weather or predators break up the groups, causing chicks to wander hundreds of yards away from their home base.

Scientists have found, though, that not only are chicks very good at finding their way back, but that they're at their best when doing so in pairs.

To test the birds' navigation abilities, researchers blindfolded pairs of chicks from various groups and carried them about 150 yards away from their home spots and placed them in a walled-off area. They then fitted the chicks with GPS devices, gently spun them around to disorient them, and removed the walls and blindfolds. As the chicks wandered off, the scientists monitored their progress.

And they found that chicks from the same home group who traveled in pairs arrived closer to their destination. Plus, chicks traveling in pairs were faster, and tended to take a straighter path home than chicks walking alone. The paired chicks mimicked each other's movements and took turns leading the way.

So why does pairing help penguin chicks navigate? The researchers speculate that teaming up allows them to pool their knowledge of environmental cues to do a better job of navigating.