The “Payoff” of Promiscuity 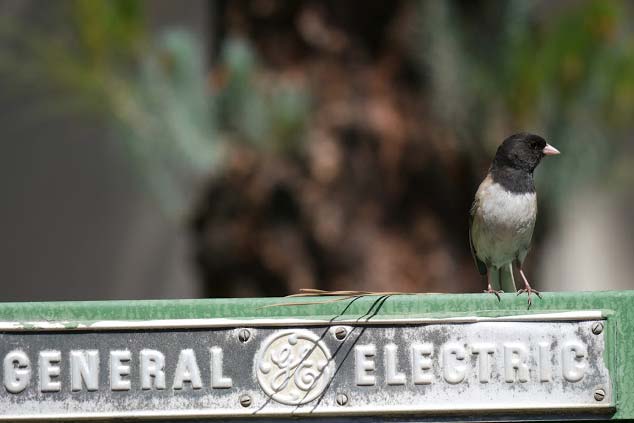 Is promiscuous behavior in male junco's due to testosterone levels?

The Ketterson lab would probably say yes. Research on the dark-eyed junco says that males who are more promiscuous have greater fitness. But thereâ€˜s a catch...

Sex life of a junco

PhD student Mikus Abols Abolins studies the life history of the junco and compares how stress affects reproduction inÂ mountain juncosÂ to that of urban juncos (the birds began colonizingÂ urban areas 10 to 30 years ago). Collaborative studies between Indiana University and the University of California San Diego and the University of California Los Angeles, tell us that these urban subpopulations have distinct differences from natural populations. For example, they have lower levels of testosterone and higher levels of corticosterone.

Juncos produce testosterone for reproduction and corticosterone for survival and stress responses. These two hormones interact with each other. When one increases, the other decreases. Researchers like Albolins see this in junco behavior and confirm it through hormonal analyses.

The story is about the tradeoff between survival and reproduction, says Albolins, comparing the production of testosterone and corticosterone in mountain to urban populations in California. "When you change habitats, you run up against different selections pressures." This means that in some places (i.e. urban areas) a junco will invest more energy into producing stress hormones due to the high-stress environment. On the other hand, Â a junco will invest more into reproduction inÂ low stress habitats (i.e. mountains regions).

Hormone changes in the junco are a result of adaptation to the new urban, stressful environment. With this come the behavioral changes, in this case polygamy.

The Ketterson labâ€˜s research on juncos sheds light on how environmental stressors impact an organism and how that affects long-term behavior patterns.

Testosterone has been studied for decades in humans; often associated with aggression.Â Nowadays we are looking more closely at the way testosterone works in humans; research suggests its aÂ social hormone, aiding in theÂ search and maintenance of social status.

Studying testosterone through this more refined lens allows us to understand complex roles in the driving behaviors that are seen to increase an individual's motivation and ability to acquire and defend social status.

In the end, hormone research on junco's can be applied to humans, helpingÂ us better understand our own behavior.Â Alas, the research continues.