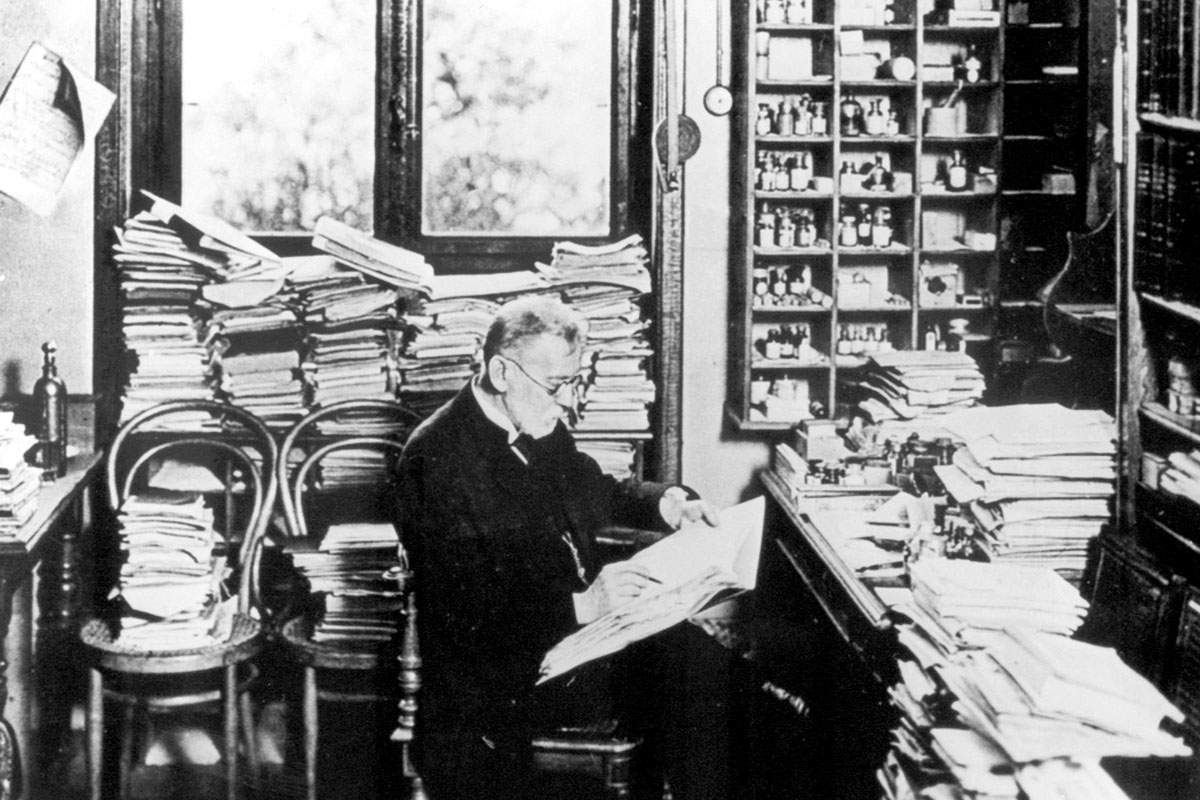 Even though clothes werenâ€˜t available in nearly as many colors 130 years ago as they are now, things were improving. Among the most exciting new chemical products of the 19thcentury were synthetic dyes, with names like mauve, amaranth and Congo red.

A German medical student, Paul Ehrlich, was fascinated with what he learned about dyes in his anatomy classes in the 1870s. Just as some dyes stick to cotton but not to wool, some dyes stain only certain kinds of tissue, or certain parts of a cell, but not others.

In fact, Ehrlich was so enamored with dyes he had trouble concentrating on other aspects of his medical education. One of his professors even worried that he might not pass his medical examinations, although he admitted he had thoroughly mastered the art of "tissue staining."

Nonetheless, from this intense interest in staining Ehrlich was able to make a great scientific leap.

Maybe, he thought, a sick person or animal could be cured with a dye that would stick only to the bacteria causing the disease. If the right dye could be found and put into the bloodstream, it would attack the harmful bacteria like a magic bullet, leaving the regular cells untouched.

Ehrlich spend most of his career developing this idea. In 1909 he developed the first safe and effective drug to treat syphilis in people.

Paul Ehrlichâ€˜s work on the chemical affinity of dyes and his magic-bullet idea led all the way to sulfa drugs and other antibiotics still in use today.