Particle Discovered Which Could Cool The Planet 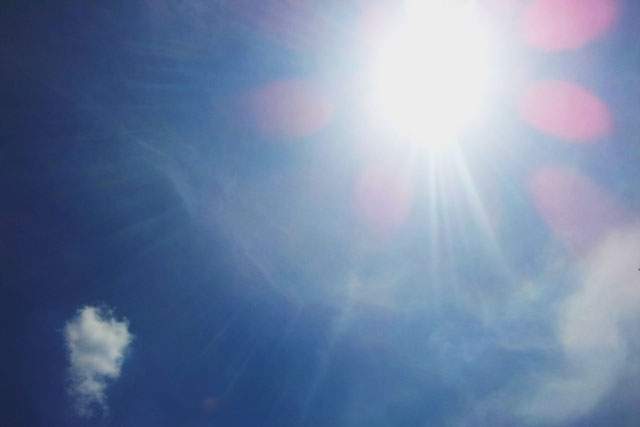 Amidst the debate on climate change, scientists remain puzzled by certain basic factors. For example, clouds. Clouds, of course, block sunlight. And the less sunlight hitting the planet, the cooler it becomes.

But although they may seem the simplest of things, clouds are actually quite complex. Or, rather, factoring into climate models how clouds affect climate is far from simple. How and why do clouds form? How much sunlight do various kinds of clouds reflect?

But scientists in England and the United States have made a breakthrough in understanding the relationship between clouds and climate.

They identified an atmospheric molecule called a Criegee biradical that can clean pollutants and greenhouse particles such as nitrogen dioxide and sulphur dioxide from the atmosphere. When Criegee biradicals come into contact with these substances, they break them down, forming benign sulfates and nitrates.

The sulfates and nitrates then combine with other airborne particles to form clouds. And the more clouds in the sky, the more sunlight they reflect away from Earth.

So, climate change problem solved, right? Not so fast. First, using Criegee biradicals to seed clouds is not currently being considered as a geoengineering solution to climate change.

And second, even if it were, scientists are far from understanding even the theoretical effects of pumping Criegee biradicals into the atmosphere, where they could disrupt the climate system in unintended and potentially harmful ways.

So identifying Criegee biradicals may not solve climate change. But it does help scientists better understand how the atmosphere works- an understanding that could help lead to real solutions down the road.