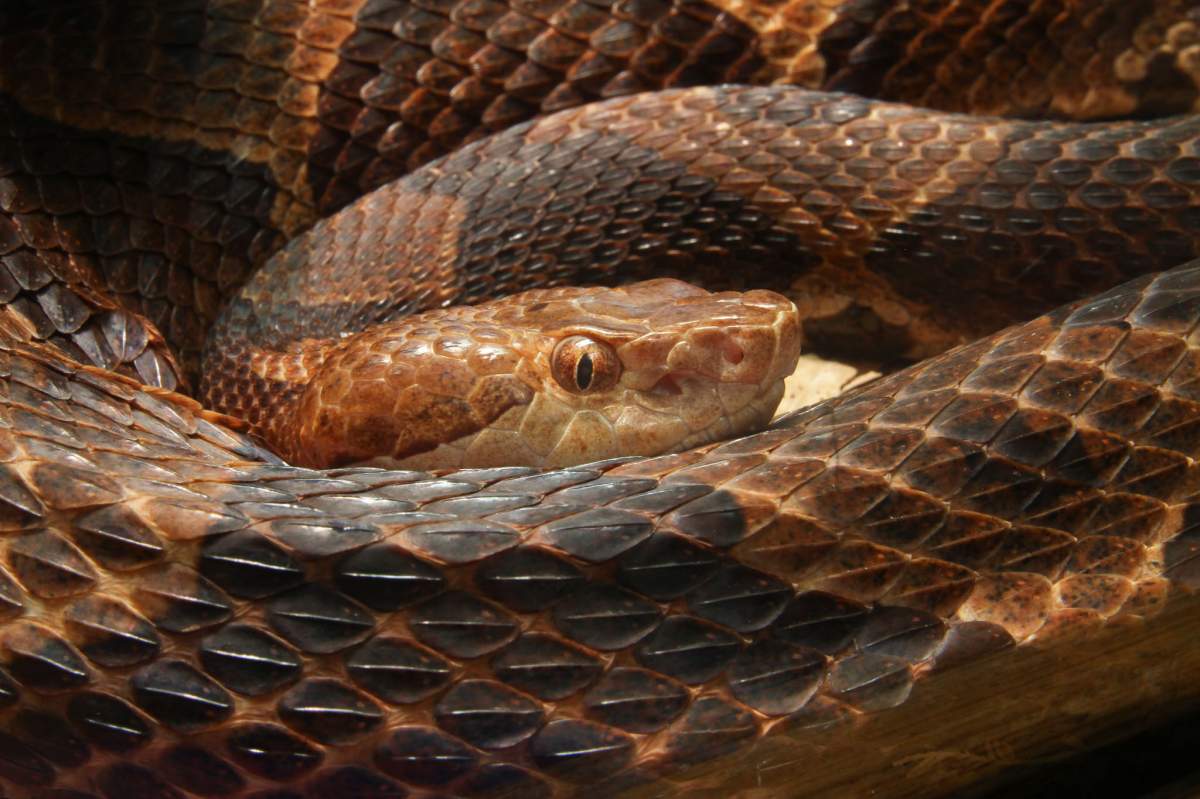 In short, a polar body, a cell that's formed when the body produces eggs, takes on the role of sperm and fertilizes an egg. Scientists used to think it only happened when there weren't any males around, as a lastâ€‘ditch effort to save a species. But it turns out female snakes produce fatherless offspring even when males are available.

When scientists collected pregnant copperhead and cottonmouth snakes from a field where males also lived, and documented the genetics of the offspring after their birth, they found that one of the twentyâ€‘two copperheads and one of the thirty seven cottonmouths they'd captured had given birth parthenogenetically. That's a pretty high ratio.

The scientists noticed that the copperhead was smaller than normal, so she might have been passed over by males. Another possible explanation for these virgin births is that they were random reproductive mistakes, maybe triggered by a virus or bacteria.

There are other animals that can reproduce via parthenogenesis. Twentyâ€‘eight species of lizards, some amphibians, birds, and sharks can do it. A parthenogenic birth has never been observed in mammals.

Thank you to Carl Anthony of John Carroll University's Biology department for reviewing this episode's script.