Paper Cuts, Why So Painful? 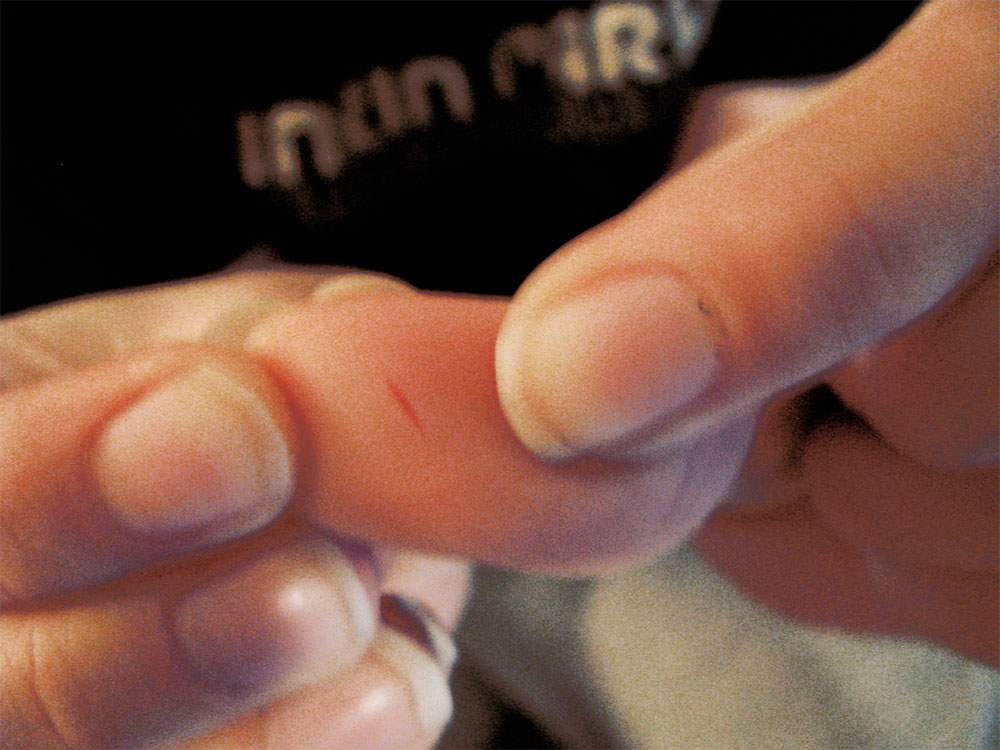 Few minor injuries are as painful as the dreaded paper cut. Just thinking about it probably makes you cringe. However, these cuts are usually small, hardly noticeable, and rarely bleed. So what makes them so painful?

A paper cut is similar to a cut with a razor blade, with one major difference. A razor blade makes a smooth, clean incision in the skin, leaving behind few if any foreign particles that might cause the wound to become infected. Although it might hurt initially, the pain brought on by a small razor cut usually fades after a few minutes.

Like a superficial cut by a razor blade, a paper cut smoothly parts the skin, but while a clean razor leaves little behind to irritate the wound, a paper cut deposits material that really stings.

Paper is made of pressed wood mulch, and a variety of chemicals. When paper cuts into the skin, chemical coated fibers, as well as bacteria and tiny particles remain in the wound and stimulate pain receptors in the skin.

Since the cut is usually small and shallow, the skin on either side of the wound closes quickly, trapping the fibers and other particles inside. The result is a good deal of pain, and since the closed wound doesn't allow for much bleeding, the pain seems entirely out of proportion to a cut that you can barely detect.