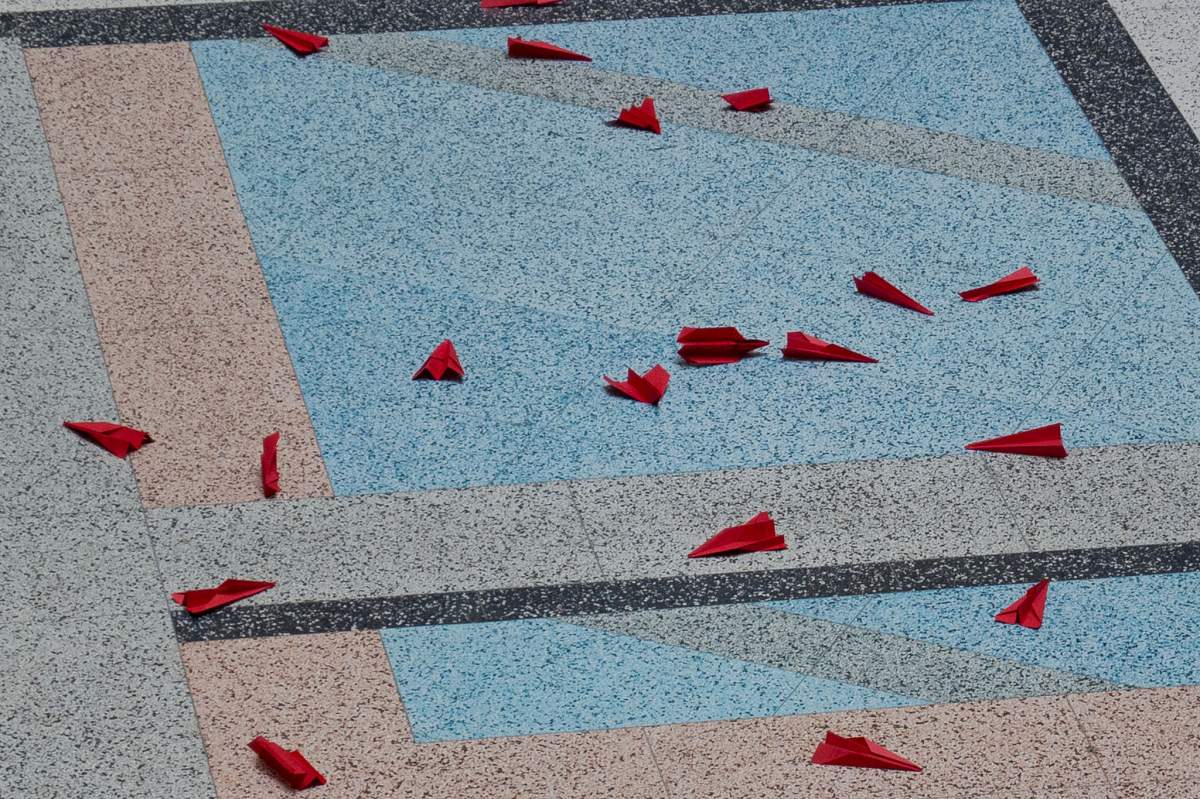 Theyâ€˜re a staple of childhood play--and a pretty good way to learn about aerodynamics. Paper airplanes are subject to the same physics as any jet you see in the sky.

The forces of thrust, lift, drag, and gravity all work together to send your homemade aircraft flying. To understand how these forces work to create flight, think about movement: something has to push that plane forward.

Force Of The Throw

For jets, this movement comes from engine thrust; for paper planes, itâ€˜s the force of the throw. Now think about air. A wing, whether made of metal or paper, slices through the atmosphere, causing some air to go over top the wing and some to go beneath it. But the air on top is traveling faster than the air on the bottom.

Even as thrust and lift move a plane forward and up, opposing forces are at work, too. Drag occurs as air pushes back against a plane, fighting its advancing movement. And gravity is always trying to pull the plane earthwards.

Different plane designs put the four forces to work differently: darts, for instance, use a strong thrust while encountering little drag, but theyâ€˜re also susceptible to little lift at low speeds compared to gravity, so be sure to throw them hard. Glider-types, on the other hand, float without much thrust but have a lot of lift.

Thus with a couple minutes and some careful folding, you can watch physics take flight.