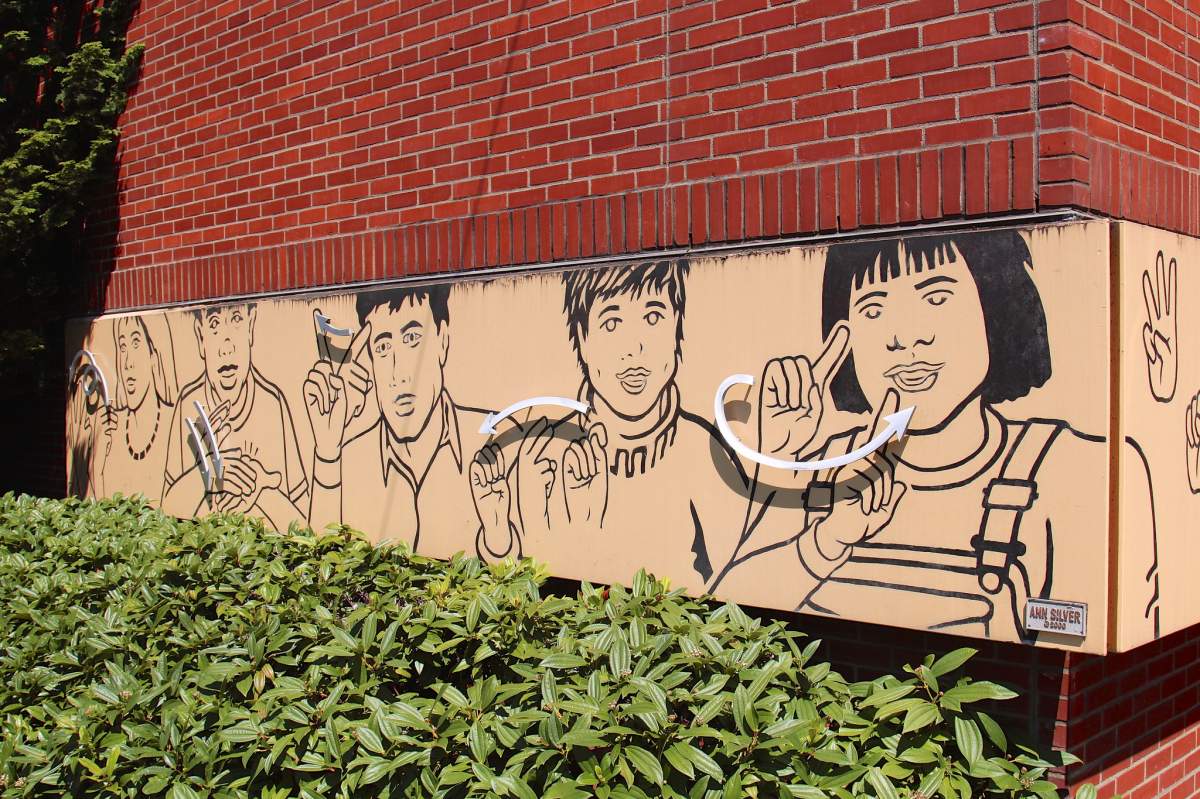 Imagine you're in a space where it's expected that you maintain absolute silence. A friend is with you. From across the room, she starts gesturing at you. She raises her hands and puts them next to her eyes.

Headache? You guess. What does that have to do with the lecture you're attending? She gestures at her eyes, moves a finger up and down, and pretends as if she's holding something in front of her face. No matter what your friend does, you can't understand her.

Sounds like a terrible game of charades, right? It's also the way sign language evolves. According to one study, it only takes five generations of learners for a pantomime to become a stable sign.

Researchers taught an initial group of volunteers gestures for words in four categories: people, locations, objects, and actions. To start, a volunteer would act out a word like "photographer" with a lot of inefficient, inconsistent gestures.

Then that group was asked to demonstrate the gesture to another volunteer, who tried to guess its meaning by choosing from a set of answers. The next generation of volunteers were taught the gesture the previous volunteer had remembered and demonstrated.

After a few generations, the signs became streamlined and more efficient, and even had a marker for category, like the signer pointing to themselves for a word in the "person" category.