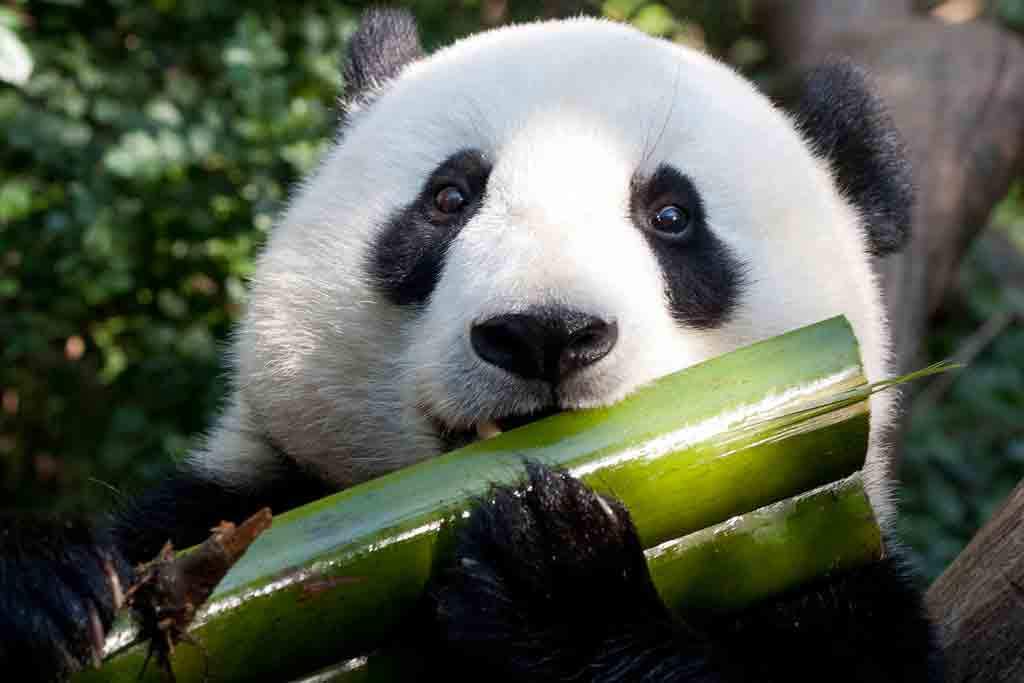 Most bears are only one solid color, so why do panda bears have black-and-white coloring?

But animals with sharply contrasting black and white fur can't be mistaken for a tree or blend in with a forest floor. After comparing the coloring on pandas with photographs of related animals, a research team figured out pandas' white parts--the face, neck, belly, and rump--help it blend in with snow, while their black arms and legs help pandas hide in the shade.

A related side-note: in the past, some scientists argued panda bears were more closely related to the raccoon family rather than other bears. Some of the thinking was based on the fact that raccoons and bears are already closely related, as well as their behaviors: pandas are not omnivores like most other bears, they don't hibernate, etc. But based on recent studies and looking at their DNA, panda bears are more similar to bears than raccoons.

So, why do panda bears need both kinds of camouflage? It's because they don't hibernate. They spend the year traveling between snow-covered mountains and tropical forests.

Their coloring gives them the ability to disguise themselves in both places. It's a compromise, of course, since neither color provides perfect camouflage in either situation.

The ears might be a warning to predators, and the eye patches could help pandas recognize each other, or signal aggression toward a competitor.

Thank you to Greg Grether of UCLA for reviewing this episode's script.

University of California - Davis. "Why pandas are black and white: Scientists who answered why zebras have black and white stripes pose the question to pandas." ScienceDaily. Accessed September 19, 2017.