Painted Turtles Have A Natural Antifreeze 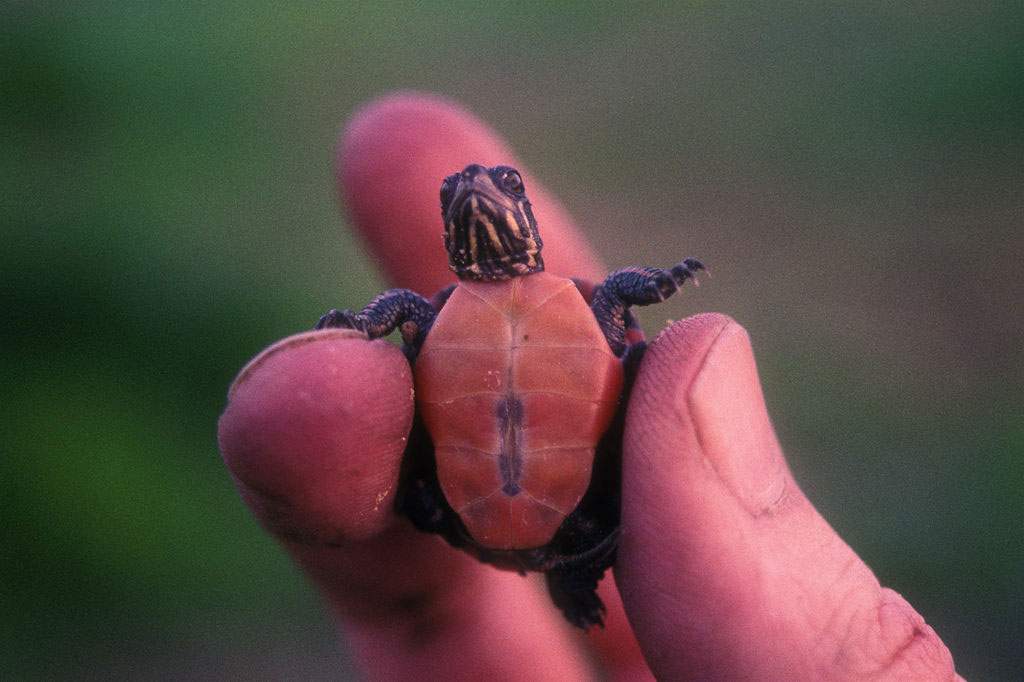 Without antifreeze, the water in your car's radiator would probably freeze during the winter. Although painted turtles don't have much else in common with automobiles, their wintertime coping strategies include antifreeze, too.

Newly hatched painted turtles often spend the first winter of their lives in shallow nests, where they are exposed to

temperatures so low that their bodies freeze. Ice forms on the outer skin and grows inward toward the body core, gradually cutting off blood circulation.

Eventually, blood flow stops completely, as do muscle movement, breathing, and heartbeat. But as soon as the temperature rises and the young turtles thaw out, they recover fully.

Painted turtles can survive freezing partly because they can control the formation of ice in their bodies. Dropping temperatures cue the turtle's liver to produce special proteins that cause very small ice crystals to form in fluids such as blood plasma and urine. Because the ice crystals are kept very small, damage to surrounding tissues is minimized.