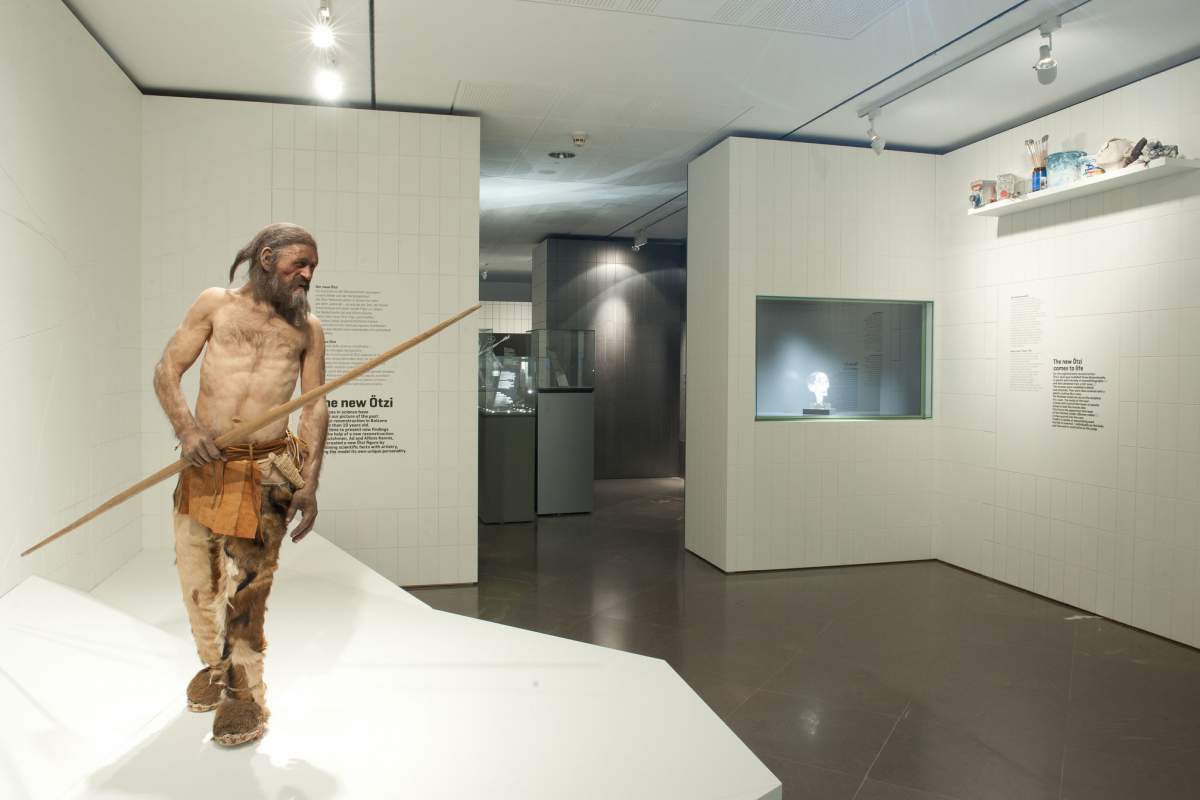 5300 years ago, a Copper Age man was fatally shot in the back with an arrow while crossing the Alps. His body and possessions were preserved in glacial ice until they were discovered by hikers in 1991.

That discovery was a great opportunity for archaeologists to learn what life was like in the Copper Age. Archaeologists named the man Ã–tzi and studied his remains and possessions extensively for over twenty-five years. He's been studied so closely that scientists have even been able to determine that he was lactose intolerant.

He was wearing a fur hat, a composite leather coat, a loin cloth, and tight-fitting leggings. The clothing came from five different wild and domesticated animal species, evidence of a sophisticated culture that made use of many animals.

Ã–tzi, also occasionally referred to as the Tyrolean Iceman, had a quiver of arrows, and an ax with a copper blade attached to a wooden handle with leather binding straps and tar. By dating the wood in the handle, researchers identified it as the oldest ax yet discovered.

Life Of The Ax

An initial assumption about Ã–tzi's ax was that it must have been from somewhere near where his body was found. Archaeologists know copper was mined in the Alps at the time.

But in 2017, a team of European researchers published an analysis of the lead isotopes in the copper of the blade. They determined it came from southern Tuscany, hundreds of miles away.

This gives us some insight into the trade and complex relationships that existed during the Copper Age. There was some sort of long-distance trade, or at least that some people were able to travel and transport objects over long distance.

And that shows relationships existed between different Copper Age cultures spread across what is now Italy. It's amazing how much archaeologists can learn from such simple items.

Thank you to Harold Dibble of the University of Pennsylvania for reviewing this episode's script!