The Origins Of Human Speech 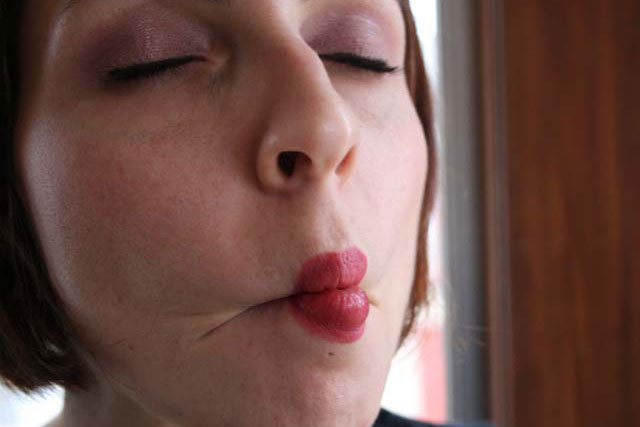 Scientists have searched for the origins of human speech in the hoots, grunts, and other vocalizations made by primates. It would seem to make sense, after all, that such sounds may be related to the more varied and articulated sounds we humans make. But there are significant differences.

For example, human speech is learned, made using controlled and rapid movements of the tongue, lips, and jaw. Primate vocalizations, on the other hand, are not learned but innate.

So some researchers are now considering the hypothesis that human speech evolved not from primate sounds but more from monkey facial gestures.

Specifically, scientists are interested in how monkeys smack their lips to communicate. Using x ray movies, researchers at Princeton and the University of Vienna have found that primate lip smacking is much more complex than it appears. Like human speech, lip smacking requires quick, controlled movements of the lips, tongue, jaw, and hyoid bone, which supports the larynx and tongue.

For example, if you've been to a zoo you've probably seen chimps making loud lip smacks and buzzing sounds, like blowing a raspberry. Scientists believe that these sounds are a controlled form of chimp communication.

This research doesn't quite solve the puzzle of the evolution of human speech. But it is a fascinating clue that the way we speak may have developed from a combination of sounds produced by the vocal cords and by rapid, controlled movements of the vocal tract, including lips, tongue and jaw.