Orangutans Plan For The Future 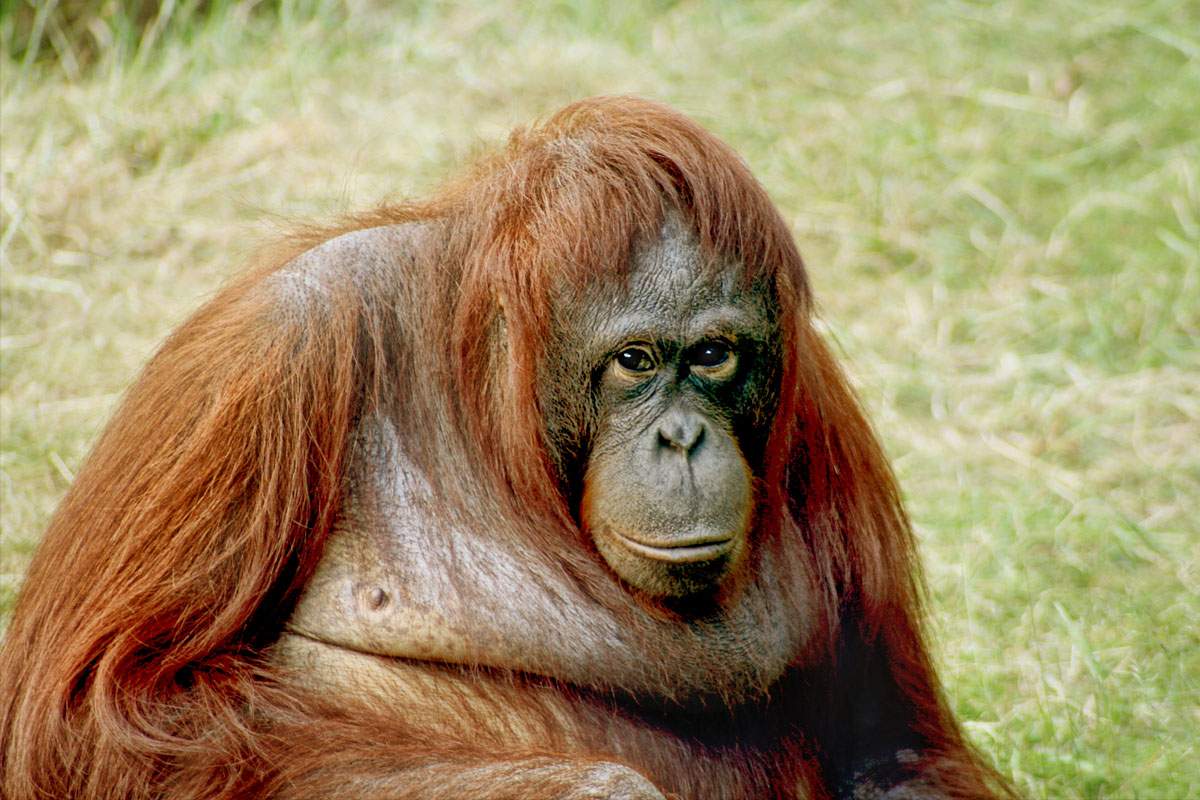 The ability to plan for the future has long been thought of as a uniquely human ability. Research into the behavior of great apes, however, has begun to challenge that assumption.

A group of scientists working in Indonesia followed several orangutans through the jungle, focusing attention on flanged malesthe dominant fellows with the big cheek pads who emit spontaneous long calls at various points each day.

The researchers recorded detailed information about the animals' travel routes, and also their vocal activity. By comparing the direction each orangutan faced when making a long call to the direction he ended up travelling next, the scientists discovered the purpose of all that hollering: the orangutans were letting their neighbors know their plans.

Previously, long-term planning had primarily been observed in great apes living in captivity. In once such example, a chimpanzee living in a zoo was seen carefully gathering stones in preparation for throwing them at visitors to the zoo.

This discovery is exciting because it indicates, for the first time, that orangutans in the wild are also capable of longâ€‘term planning.

Female orangutans like to keep in earshot of the most macho males in the area so they can seek them out as mates. Subordinate males, on the other hand, like to steer clear.

Everyone listens for the long calls to find out where the big dudes are headed, and adjust their own routes accordingly. The last long call of the evening is especially telling: it indicates the flanged male's plans for the next day.