Orangutans Dwelling On The Past 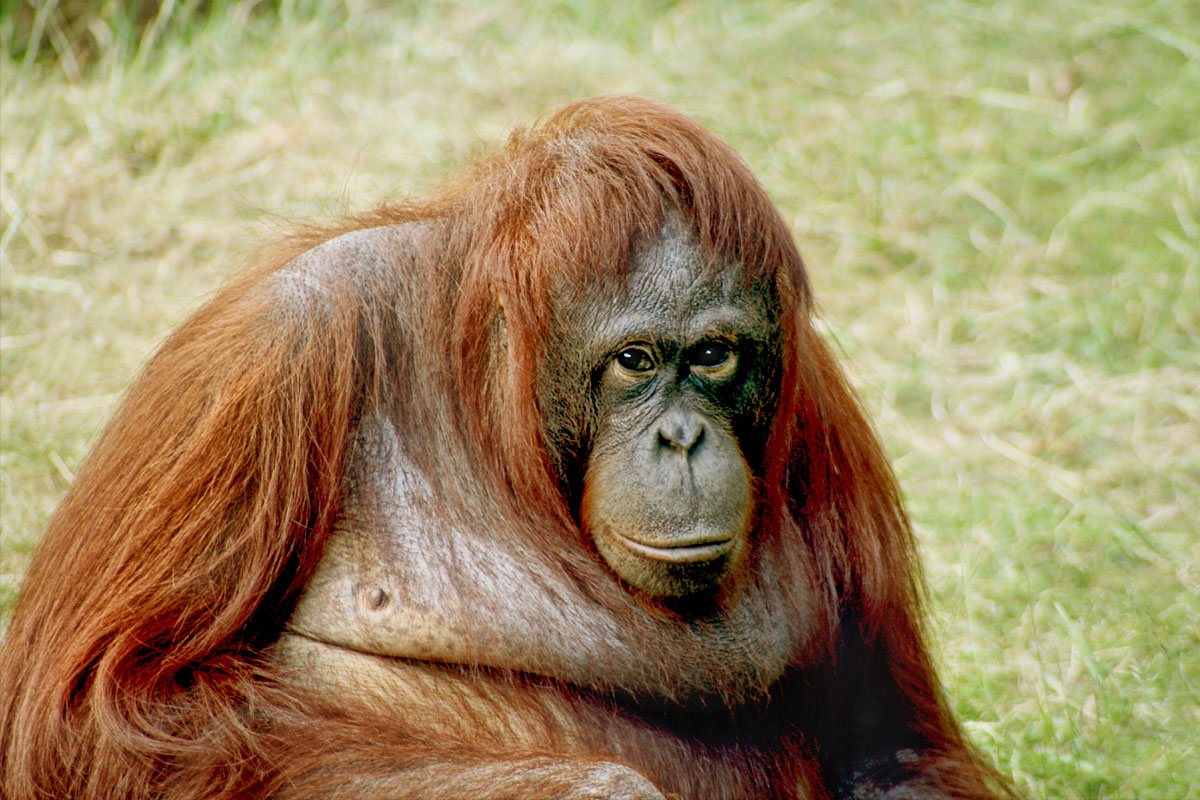 New research done on orangutans in Indonesia and published in the journal Science AdvancesÂ suggests that the primates are able to communicate about past events.

Orangutans make a "kiss-squeak" noise when they see a predator in order to warn each other of danger. Thereâ€˜s nothing that unusual about this. After all, lots of animals have alarm calls.

But now researchers have heard orangutans make the noise after the danger has passed--a sign that theyâ€˜re communicating about the past, and the first evidence that primates other than humans have that ability.

Researchers set up an experiment in Sumatraâ€˜s Ketambe forest in which a scientist draped in a striped, spotted, or plain sheet walked on all fours under trees where female orangutans were sitting. They expected the orangutans to sound their kiss-squeak alarm right away, but they didnâ€˜t.

Instead, they quietly grabbed their infants and slowly climbed higher up the tree. The orangutans waited an average of seven minutes before making the noise, and one even waited 20 minutes.

One explanation for this behavior is that they were simply too paralyzed with fear to make the noise right away. However, they couldnâ€˜t have been that afraid, since they were able to grab their infants and climb.

Researchers think the female orangutans were being quiet so they wouldnâ€˜t attract attention, and made the noise afterward to let their infants know about the danger they were just in.