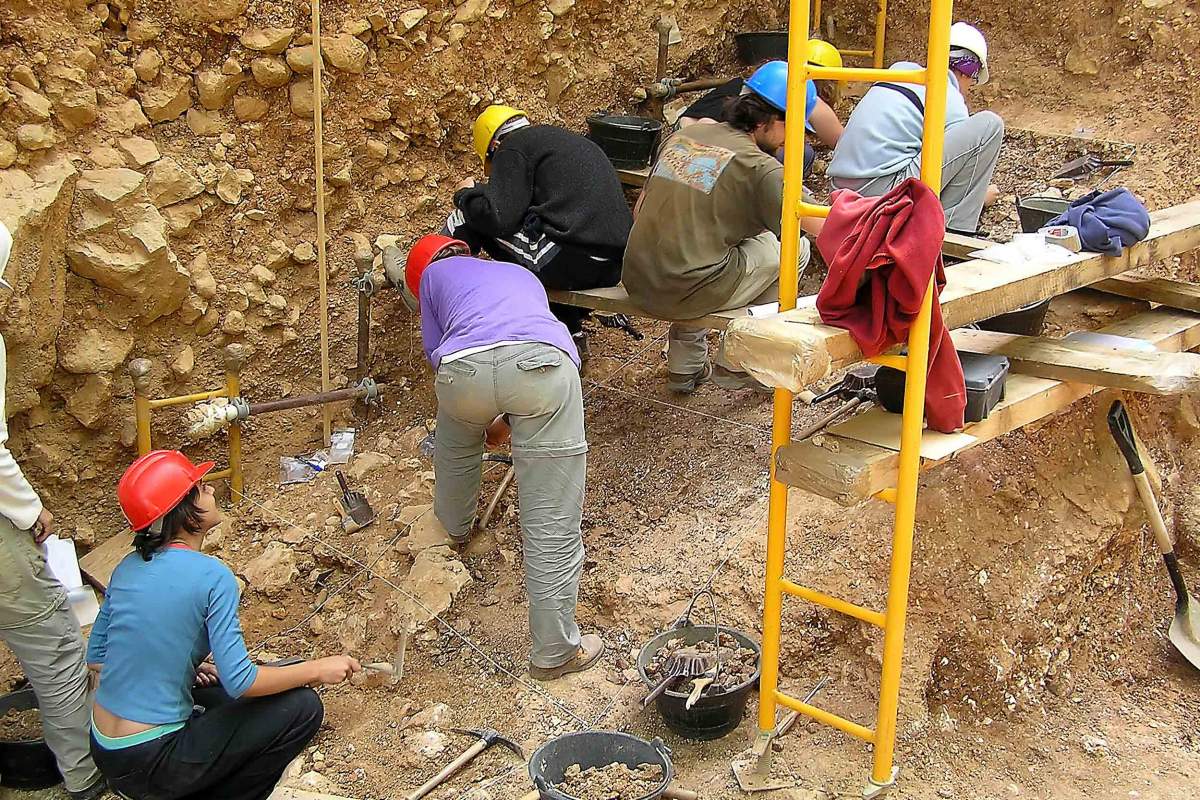 In 1993, scientists found one of the most complete ancient human skeletons trapped in the stalagmites of Altamura Cave in Italy. Little did they know that, decades later, the calcite-encrusted bones would yield the oldest Neanderthal DNA found.

Modern humans are the only remaining human lineage on earth. Neanderthals were close cousins, living in Europe and Asia until they went extinct about 40,000 years ago. They were so related to modern humans that DNA from everyone, other than some Africans, is 1.5 to 2 percent Neanderthal in origin.

The Altamura skeleton was not a normal Neanderthal. The face and the back of the skull appeared to be typical, but its brow ridges were abnormally large. Scientists wondered if the mystery person was indeed Neanderthal, but the skeleton was so embedded in rock it was difficult to analyze with traditional measurements.

Advances in DNA research have now allowed scientists to test the skeleton. DNA taken from its right shoulder blade suggests it was a Neanderthal. In addition, the scientists dated the skeleton to around 150,000 years old. Although the oldest Neanderthal fossil found to date is about 200,000 years old, this makes this one the oldest fossil from which DNA has ever been extracted.

The DNA is too broken apart for the researchers to sequence the fossil's complete genome with today's technology. But scientists are excited because the Altamura fossil could help paint a more complete portrait of Neanderthals. The DNA might eventually help us understand their genetics, anatomy, ecology and lifestyle. Most importantly, it is one more clue in understanding the Neanderthal's evolution.

"A Neanderthal in the Karst: First Dating, Morphometric, and Paleogenetic Data on the Fossil Skeleton From Altamura" (Journal of Human Evolution)