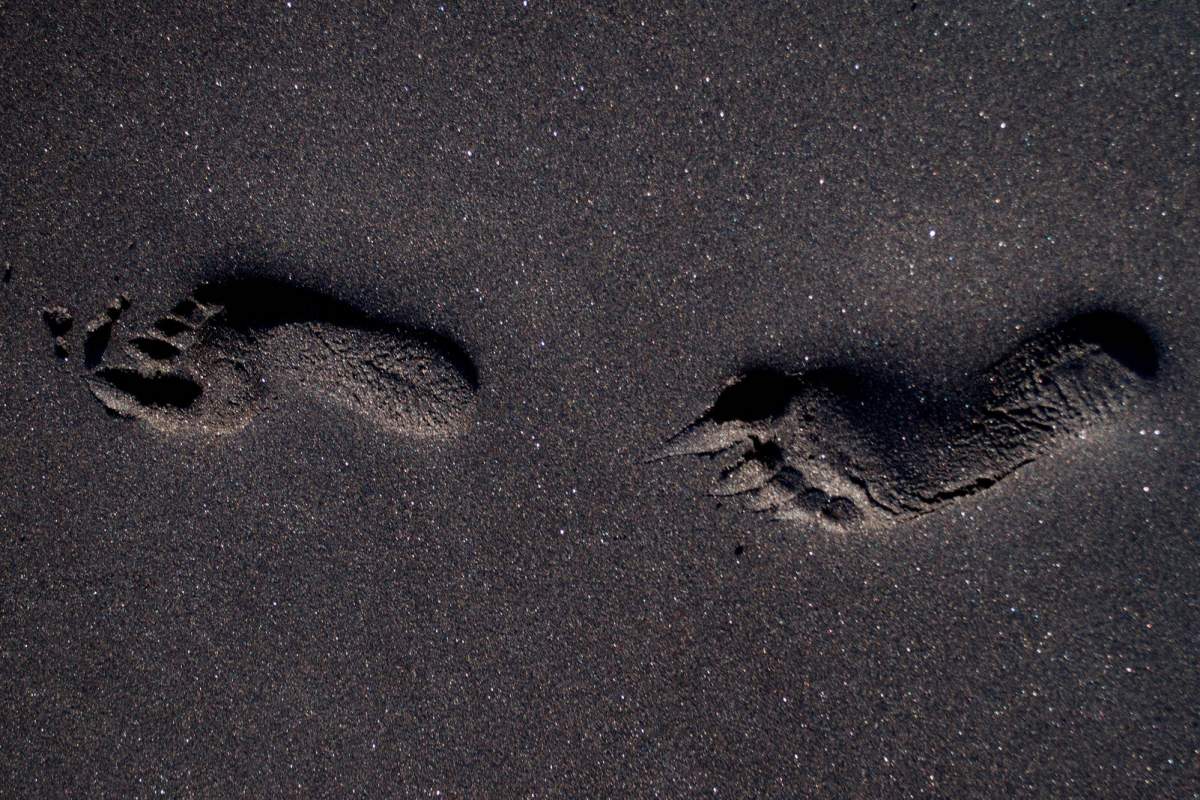 We think of footprints as pretty ephemeral--you walk through a dusty field, leave some marks, and by next afternoon they're gone. How old could the oldest one possibly be?

Now try this. You're walking through an area of still-cooling ashes and rock bits that came out of an active volcano. All of a sudden the volcano erupts again. You run away from the spewing lava. A new layer of ash and fragments flows over the layer that holds your footprints, effectively sealing them in.

This is just what seems to have happened to some people who lived in what is now the Rocammonfina Complex of southern Italy. It wasn't Italy then, though; these prints are around 350,000 years old. The print-makers were people of the Paleolithic era--what are commonly known as "old stone age" people. Based on the tracks, they were probably about 5 feet tall and were running, possibly from the second eruption.

At 350,000 years, these hold the record for oldest footprints left by people. If you are a paleontologist, though, you know there's a very big "however," and it has to do with the word "people."