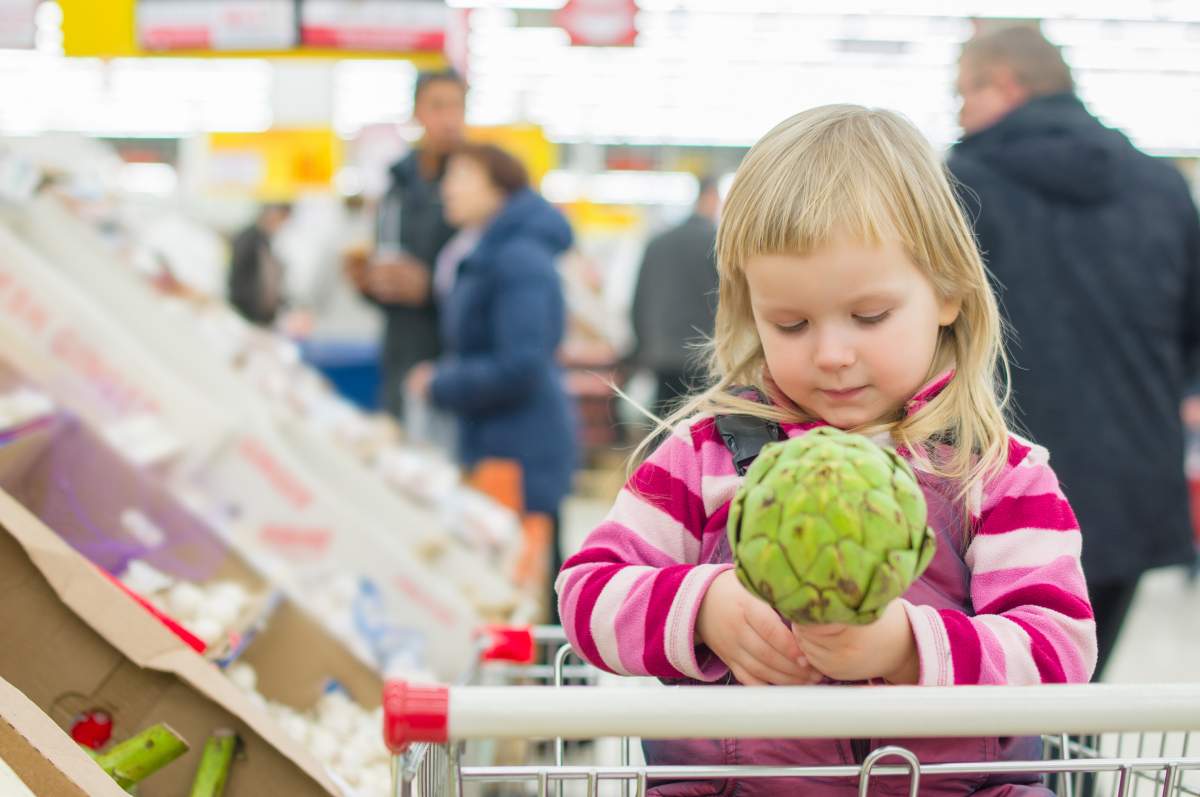 Dear A Moment of Science, I know it's important for kids, especially, to eat lots of fruits and vegetables. But what if they simply refuse to eat them?

Ahh, the time-honored conundrum of parents everywhere: How to get your kids to do things that are good for them that they don't want to, such as eating vegetables?

There's no one, sure method. But one study has found that offering new vegetables to kids as early as possible ups the chances that they'll grow to like them. Specifically, the researchers found that exposing very young kids to a given vegetable repeatedly is key.

The researchers gave five to ten servings of puréed artichoke to around 330 kids, aged one to three years old. Some kids had regular artichoke purée, some were given a sweetened version and others got a type mixed with vegetable oil.

No Need To Dress Up

The study produced interesting results. First, that younger kids ate more artichoke than older kids. It also found that it didn't matter if the purée was sweetened or not--younger kids ate more or less the same amount of all versions of the food. Which means that the popular practice of disguising vegetables with sweet sauces or sugar may not be necessary.

Now, the study is limited, mostly by the fact that it involved only artichokes. Will its findings apply to other vegetables? Maybe, but more research is needed to find out.

"'Often and Early' Gives Children a Taste For Vegetables" (Eurekalert.org)