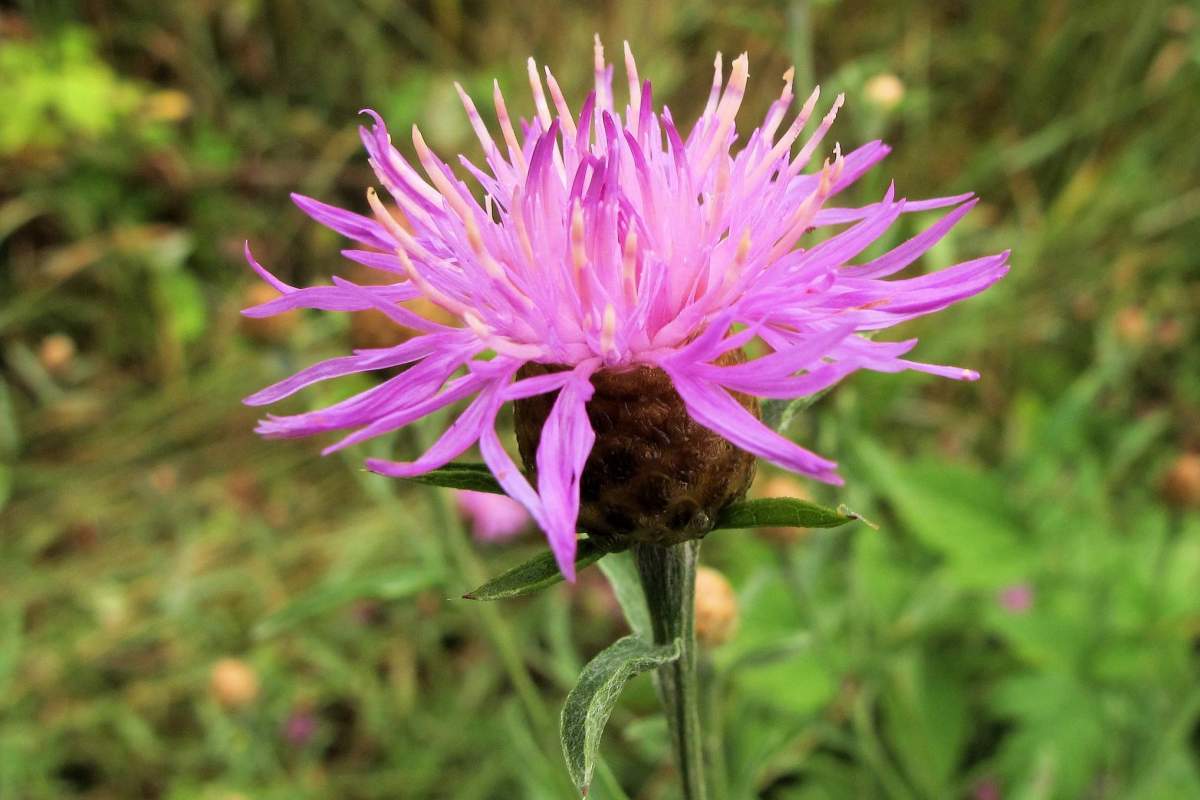 Anyone who's been pricked by a rose knows that plants have some pretty good passive defense mechanisms. But did you know that some plants don't sit around waiting to be attacked; they've got a few offensive strategies up their sleeves, or shall we say stems?

Take the spotted knapweed, which has managed to carpet over ten million acres of the Great Plains. This weed apparently is so successful because it produces a herbicide. That's right--the spotted knapweed's roots secrete a chemical that attacks the roots of competing plants. What's more, when scientists isolated this chemical and used it in a spray, it also killed leaf tissue. In fact, less than a fifth of a pound of this stuff is so potent it can pretty much kill all the plants on one acre.

So how does the spotted knapweed avoid accidentally poisoning itself? Scientists speculate that the weed's cells have evolved a way to pump out the chemical and get rid of it. This is the same strategy some bacteria use to defend themselves against antibiotics.

Not only that, but the spotted knapweed produces another version of this same chemical that helps its roots fight off bacteria and microbes. In other words, it backs up its offense with a great defense.

And it turns out that the spotted knapweed isn't alone. Plants secrete a variety of chemicals that enhance their survival, including chemicals that deter plant-eating animals, feed helpful bacteria and fungus, and change the soil's composition to make it more hospitable.