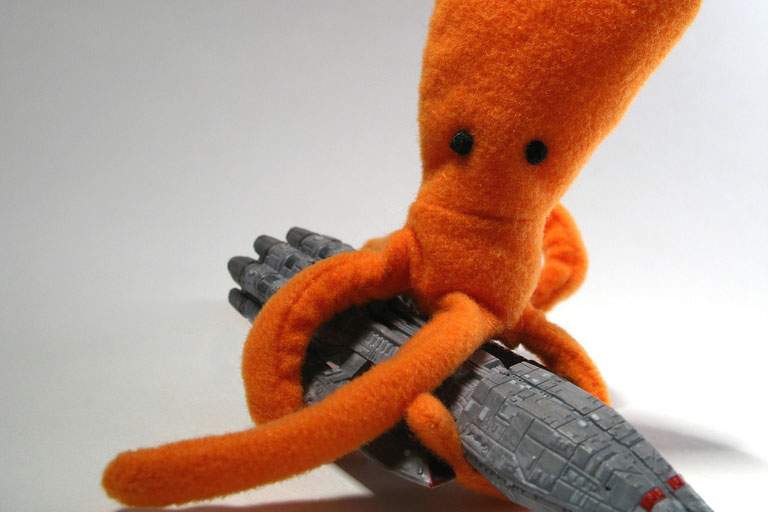 Octopuses are related to simpler mollusks, but they and their cephalopod relatives, squid, cuttlefish, and nautiluses, are far from stupid.

In the nineteen fifties, scientists discovered that octopuses could learn to get a food reward by touching horizontal rectangles as opposed to vertical ones.

Since then, they've found that cephalopods can navigate mazes, mimic other species, use tools, and learn from each other. Cuttlefish and squid can even send contradictory color pattern signals on opposite sides of their body, attracting a female on one side, and warning a male on the other. Cephalopods are the chimps and dolphins of the mollusk world.

But chimps and dolphins have big brains. An octopus can't possibly have much to think with.

Octopus brains have many similarities with intelligent mammals. Their brain is concentrated in the head, unlike other mollusks that have chains of nerve knots called ganglia. Like ours, the brain is split into two halves and divided into specialized lobes.

The distance between neurons is short, allowing their brains to process information faster than other mollusks.

Some researchers believe that they may have a basic form of consciousness and can tell the difference between themselves and others. New research is trying to find out if they have mirror neurons which we use to identify emotions in others.