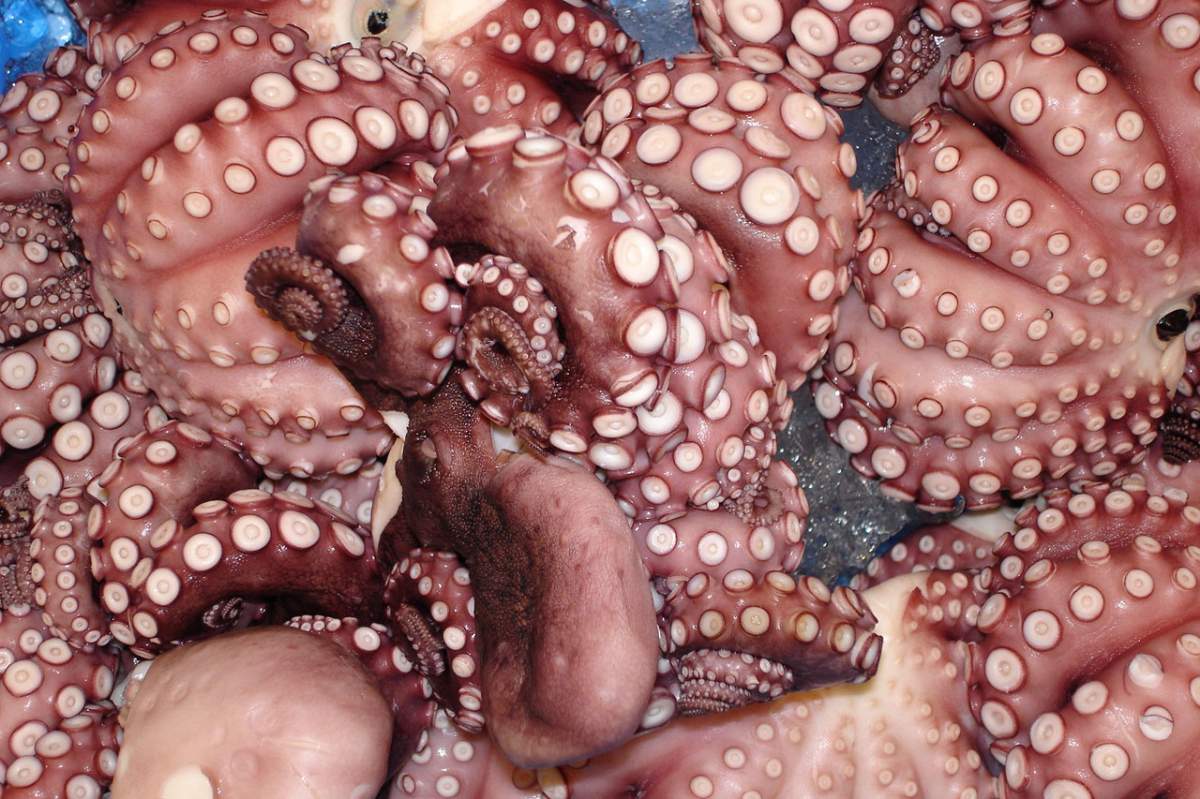 Octopuses are mollusks, and most mollusks are simple creatures like clams, snails and slugs. But octopuses evolved bodies that are much more complicated than their relatives.

Their eyes are just as sophisticated as a fish's, they have long and flexible arms that can grasp and hold things, and an amazing camouflage system. They are really smart, too!

Octopuses (or Octopii if you prefer) have some surprising things in common with humans' ancient ancestors.

They can solve complicated mazes, open jars to get food, and even use tools. Their nervous system has six times more nerve cells than a mouse. Following their own separate evolutionary path, they evolved with their soft bodies behaviors as complicated as many animals with backbones.

So, studying the octopus might help biologists learn how sophisticated bodies can evolve out of simpler ones. In 2015, an international team of researchers published an analysis of the octopus genome. They were surprised to find that it is almost as large as the human genome, and has more protein coding genes. The octopus's sophisticated body reflects a complex genome.

In some ways the octopus genome resembles that of other marine animals without backbones, and it has some unique genes of its own, too. But some specific gene families have been greatly expanded.

The octopus has a huge set of genes for making proteins called protocadherins, which are very important in humans and other animals with backbones. They regulate the development of nerve cells and the short range interactions between them. On the molecular level, octopuses found the same solution for making a complex brain that our ancestors did.