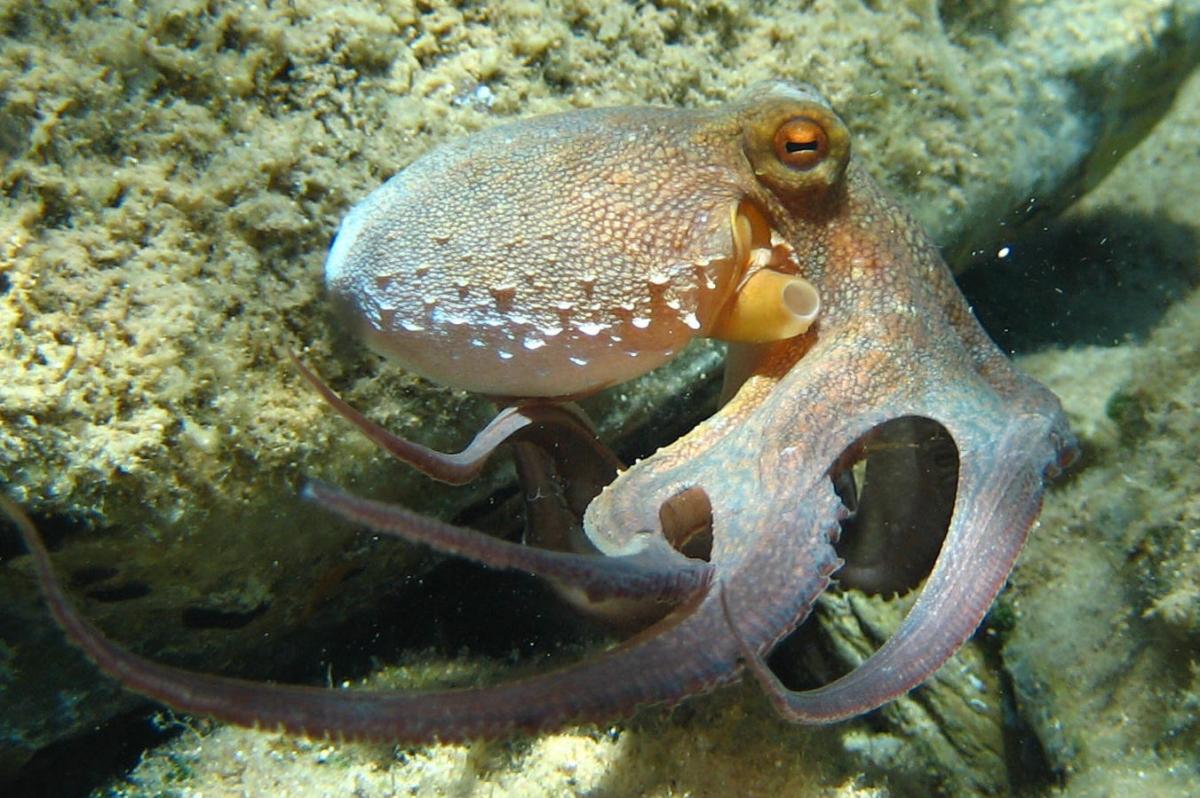 Did you know that octopuses have been seen engaging in play behavior?

"Play" is tough to define, but all human beings know what it feels like. For example, children chase each other around just for laughs.

Puppies and kittens play, too. Even full-grown dogs understand what playing is, as any dog lover can tell you. Some ornithologists believe that birds play as well.

Octopuses can figure out mazes, learn by watching each other, even open jars to get at food. Few people realize how intelligent an octopus is.

They were able to interest several octopuses in this game, one of them for over half an hour.