An Ocean on Jupiter's Moon Ganymede 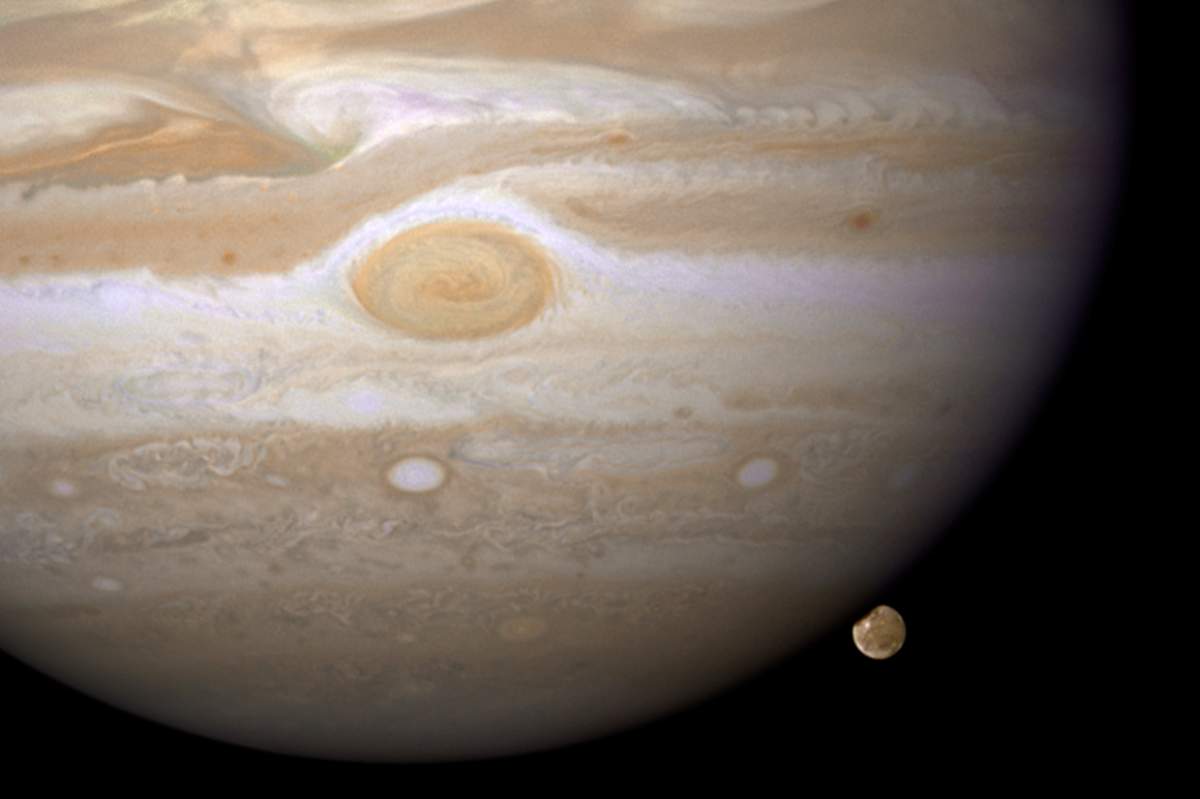 NASA thinks it has found a moon with a subterranean salt-water ocean.

And this time it's not on Europa. It's on Ganymede, Jupiter's largest moon!

They made this discovery using the Hubble Space Telescope, which, interestingly enough, can't see underwater.

In the Second Degree

If Ganymede had a saltwater ocean, its interaction with Jupiter would create a secondary magnetic field in the ocean to counter Jupiter's field. This "magnetic friction" would keep Ganymede's aurora from shifting as dramatically.

Presumably, they have calculated the aurora movement without an ocean.

If Ganymede had no ocean, they would expect about a six degree fluctuation in the aurora movement. Using the telescope to make measurements, they've discovered that the shift is only two degrees. As a matter of fact, they think the subterranean ocean could be 60 miles thick, 10 times deeper than Earth's oceans. Unfortunately, it's buried under about 95 miles of icy crust.