The Ocean Of Europa 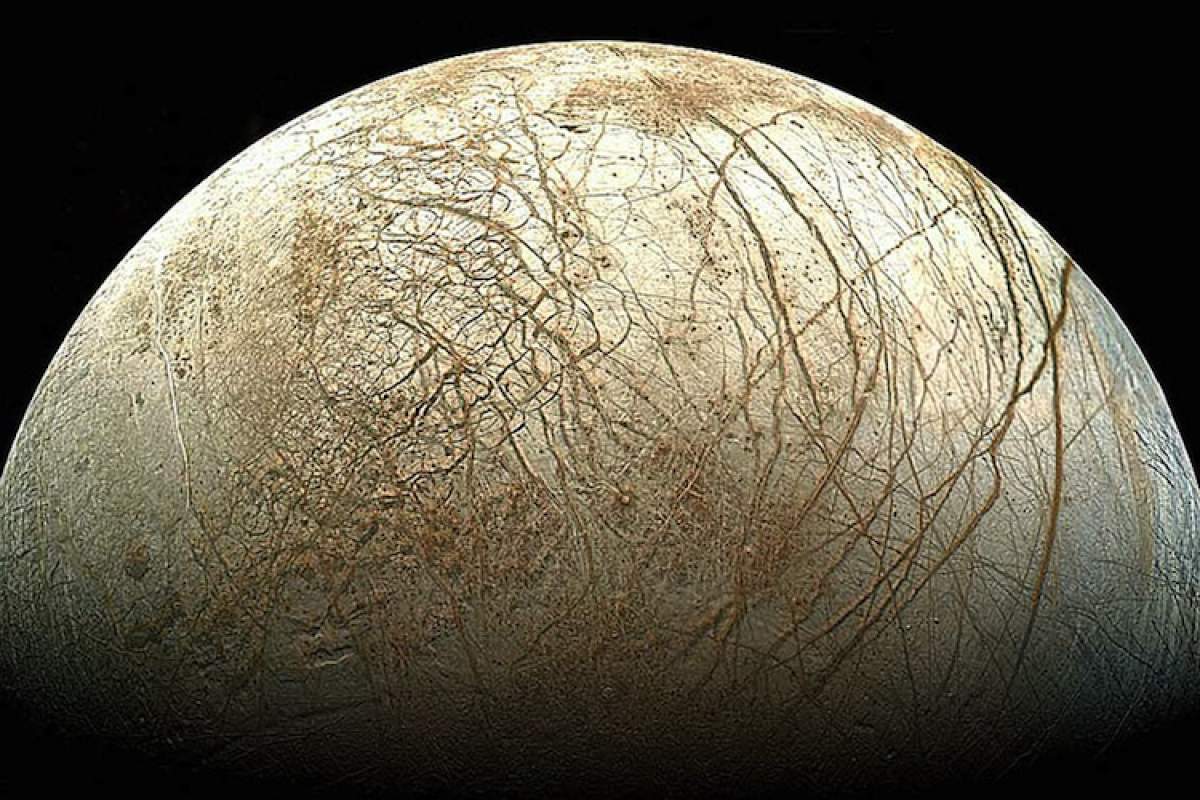 Three quarters of Earth's surface is covered by oceans. This water is what makes our planet so well-suited for life as we know it.Â But did you know a moon of Jupiter called Europa may have an ocean with more water than all the seas of Earth?

Too Cold For Life?

Europa is one of four large moons of Jupiter discovered by Galileo with his telescope in 1610. We didn't know much about it until the two Voyager spacecraft flew past Jupiter in 1979. When the Galileo spacecraft orbited Jupiter from 1995 until 2003, we learned a lot more. The mean temperature on the surface of Europa is a frigid 270 degrees below zero Fahrenheit, and the surface is made of solid water ice. But there is geological evidence of an ocean of salty liquid water under the ice, which is kept warm by tidal forces created by the gravitational pull of Jupiter.

Who Needs The Sun?

Even with liquid water, that doesn't seem like a promising environment for life. Under miles of ice, Europa's ocean would exist in darkness. Here on Earth most living things get their energy from sunlight. Perhaps. But, even here on Earth, some microorganisms use chemical substances instead of sunlight as a source of energy. Whole ecosystems at deep sea volcanic vents are based on the energy contained in sulfur compounds. If the same is true of Europa, its ocean might be full of simple or even complex forms of life. The only way to know is to keep exploring.