Where Are The Obese Wild Animals? 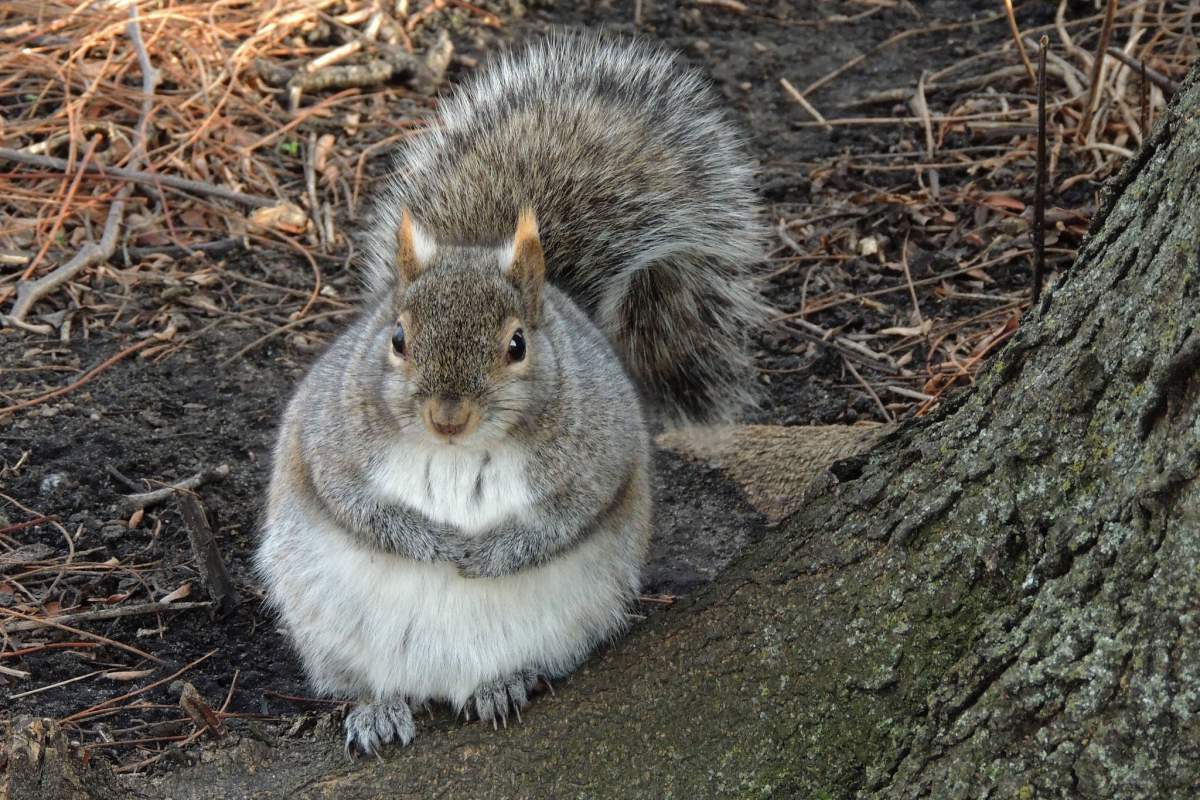 After doing some research, the provisional answer is, "No, animals in the wild don't become consistently obese." But, many species of animals certainly do overeat, for various reasons.

A male lion can eat as much as ninety pounds in one feeding. For an average-sized lion, that's about twenty percent of his body weight! The lion gorges himself because he may not get another hunting and feeding frenzy for another several days or weeks. It's clear that lions' ability to overeat is a strategic evolutionary trait.

There's a similar kind of gorging habit in birds before they embark on long, transoceanic flights or in bears before they hunker down for a months-long hibernation.

Many wild animals when given the chance though will overeat (the source below, "Our Animal Natures," has some really interesting insights into the multiple ways this happens).

But there are still many environmental factors--rarely does a supply chain stay abundant, predators who overindulge become less competitive and slim down, etc--that keep them from the challenge many humans now have: more food than you could ever eat with access to that supply makes it easy to indulge.

Herbivores aren't driven by such direct predator-prey competition. Their food supply typically includes leaves and grasses that are nutrient-poor. Elephants consume hefty quantities of greenery but don't get large amounts of energy or carbs from this diet. In fact, elephants are relatively trim for their size.

A Tale Of Mice and Human Food

Animals that will overeat to the point of being overweight if it stumbles upon an unexpected surplus of food are mice. But these rodents will almost immediately begin to produce offspring. Before long, the search for food and providing milk for the young ensures the overweight few becomes a family of trim scavengers once again.

If you want to read more about animals and weight, you could read a recent post about how the majority of American pets are obese.

Thank you to Petter BÃ¸ckman, Natural History Museum, University of Oslo for reviewing this episode's script.