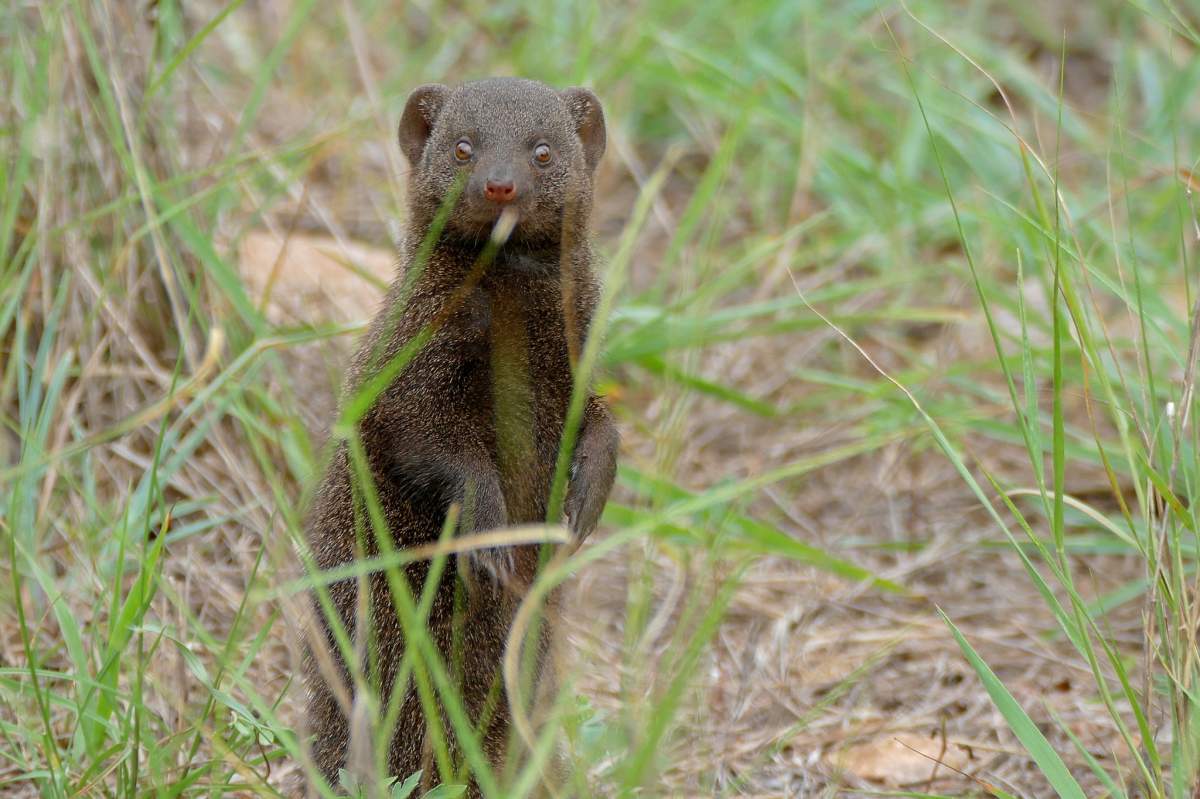 In one study, dwarf mongooses were more likely to ignore predator poop when distracted by human noise pollution.

Humans are harming the natural world in pretty obvious ways, such as dumping waste into the air and water. Beyond extinction and pollution, there are other, less recognizable ways that humans are harming other species.

Noise pollution from humans, also known as anthropogenic noise, is an example. Noise from human activities can disrupt animal behavior, in ways that might put a species at risk of extinction.

A team of British scientists showed that humans disruptions and distractions can make animals ignore sensory cues they need to notice to survive. The researchers studied the dwarf mongoose (Helogale parvula), a small African mammal that lives in extended family groups.

They put the feces of either a dangerous carnivore, or a harmless herbivore near a mongoose family‘s burrow. When the animals spotted predator poop they became cautious and vigilant and stayed close to home. They understood that fresh predator poop near their burrow was often an indicator that the predator was still in the area.

Next, the scientists put speakers near the animals‘ burrow and played either natural sounds or traffic noise. When they played road noise, animals were slower to spot predator poop.

They showed less of an increase in caution and vigilance than when they played familiar natural sounds. If the poop had actually been left by a predator, this could have been a deadly mistake.

And this isn‘t just a mongoose-related issue. Similar studies have been performed on whales and hermit crabs.

Thank you to Dr. Wouter Halfwerk of the University of Amsterdam for reviewing this article.