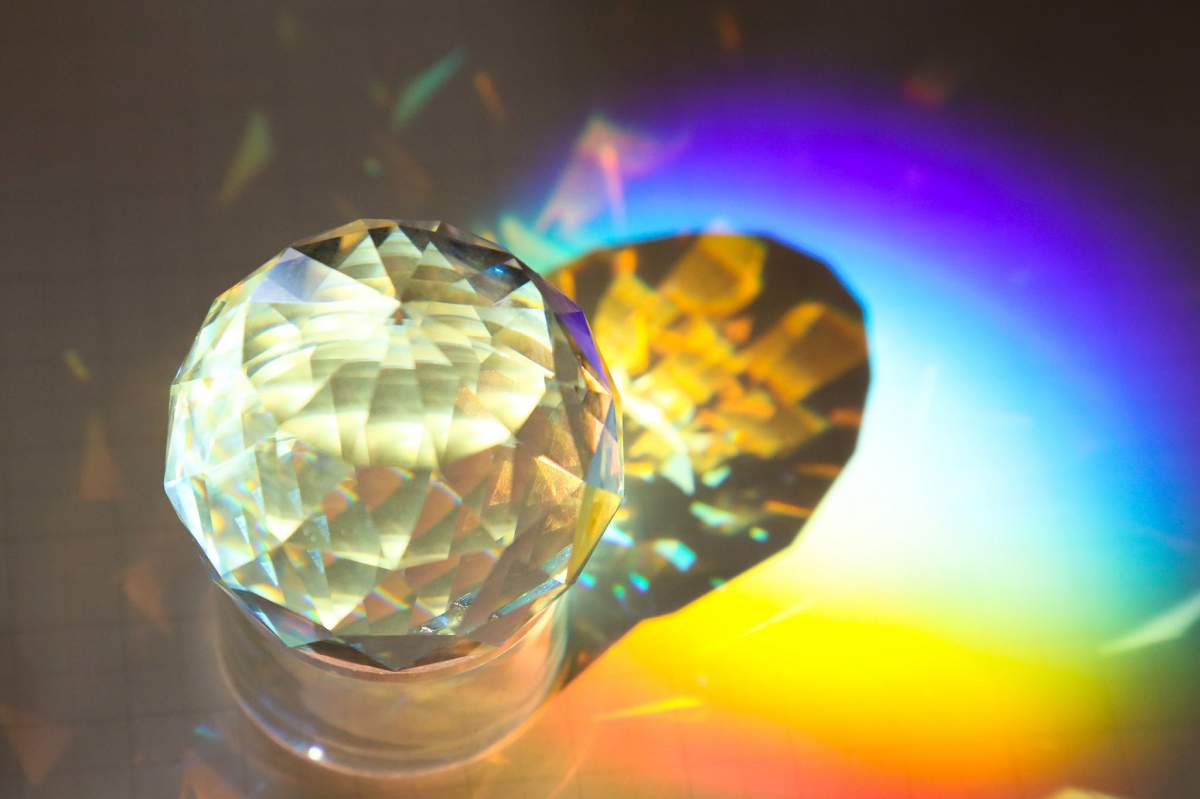 Isaac Newton, the seventeenth-century English physicist, darkened a room by covering all the windows. Then, he cut a small hole in one window shade to let in a narrow beam of sunlight.

He put a triangular solid glass prism in the sunbeam. The prism bent the sunbeam and projected it onto the opposite wall of the room, 22 feet away. Where the beam hit the wall it was spread out into an oblong patch with all the colors of the rainbow--a spectrum.

Others had noticed that when sunlight goes into a glass prism, colors come out. But how? Why?

One popular explanation in Isaac Newton's time was that the prism created the colors by somehow changing the white light into other forms. Newton's interpretation was different.

He guessed those rainbow colors were all present in the original white light, but they were mixed. The prism sorted them out. Today, we know Newton was right, but he had to do a lot of thinking and experimenting to convince himself.

Pulled Apart, Put Back Together

For example, Newton figured that if the prism was really taking the white light apart, then it should be possible to put the colors back together and make white light once again.

In one of his simpler experiments, Newton projected not one but three spectra on the wall and made them overlap partially, to mix the colors. The result was white light, reconstituted from rainbow colors.

So, Isaac Newton, working over three centuries ago, did far more than just observing the colors of the spectrum; he proposed a new explanation for the colors, and he tested his explanation with experiments. Newton not only took white light apart; he put it back together.