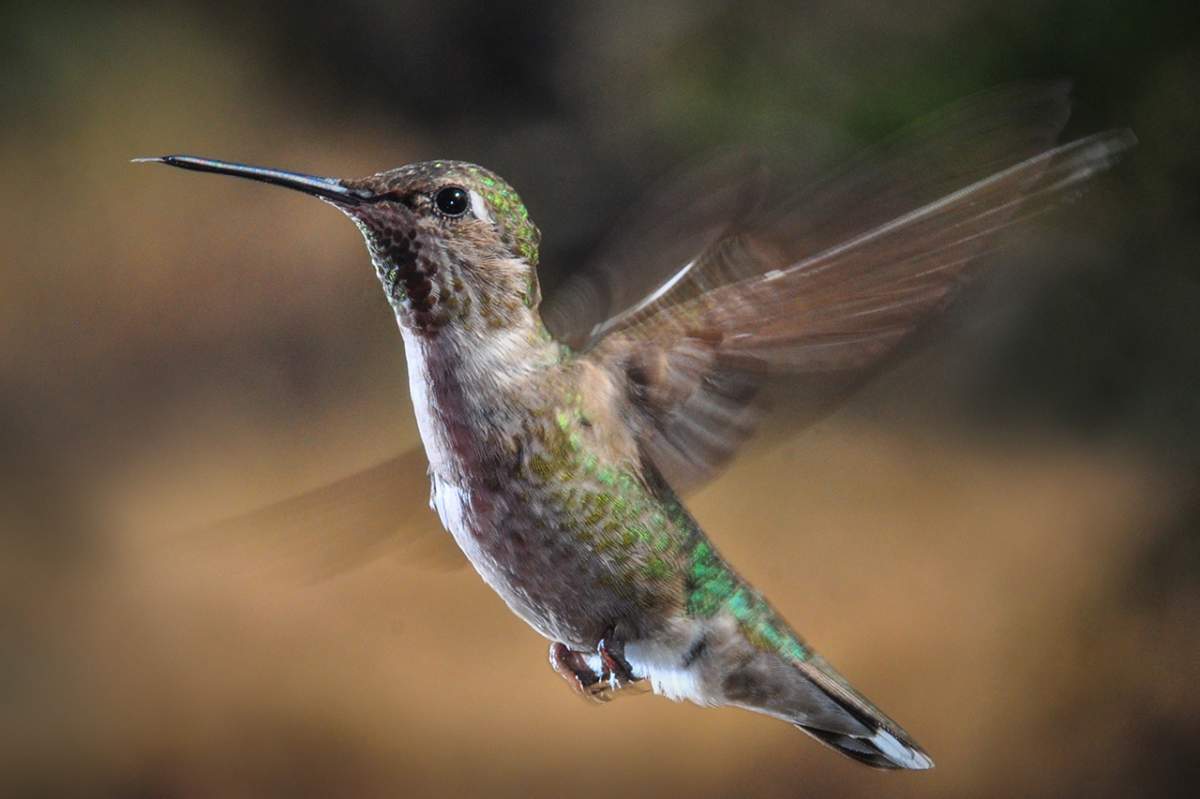 Most birds flap their wings up and down, but hummingbirds move their wings in a figure eight pattern. With each flap they twist their wings 180 degrees so that they create a downward thrust on both the forward and backward strokes.

If each loop of the wings is of the same strength, they hover. They can go forward, backwards, or sideways by tilting their wings in the direction they want to go. Kind of like a helicopter.

In order to hover hummingbirds have to be really strong. Their wing muscles are 30 percent of their total weight. When a small hummingbird hovers it flaps its wings about 80 times per second.

And that's pretty tiring. Hummingbirds have to eat close to 50 percent of their weight in food every day to keep up their strength. They eat things that are packed with calories and produce lots of reusable energy, such as seeds, nuts, nectar and fruit.

So keep your backyard bird feeders full of nectar, because those hummingbirds need lots of fuel to stay afloat!